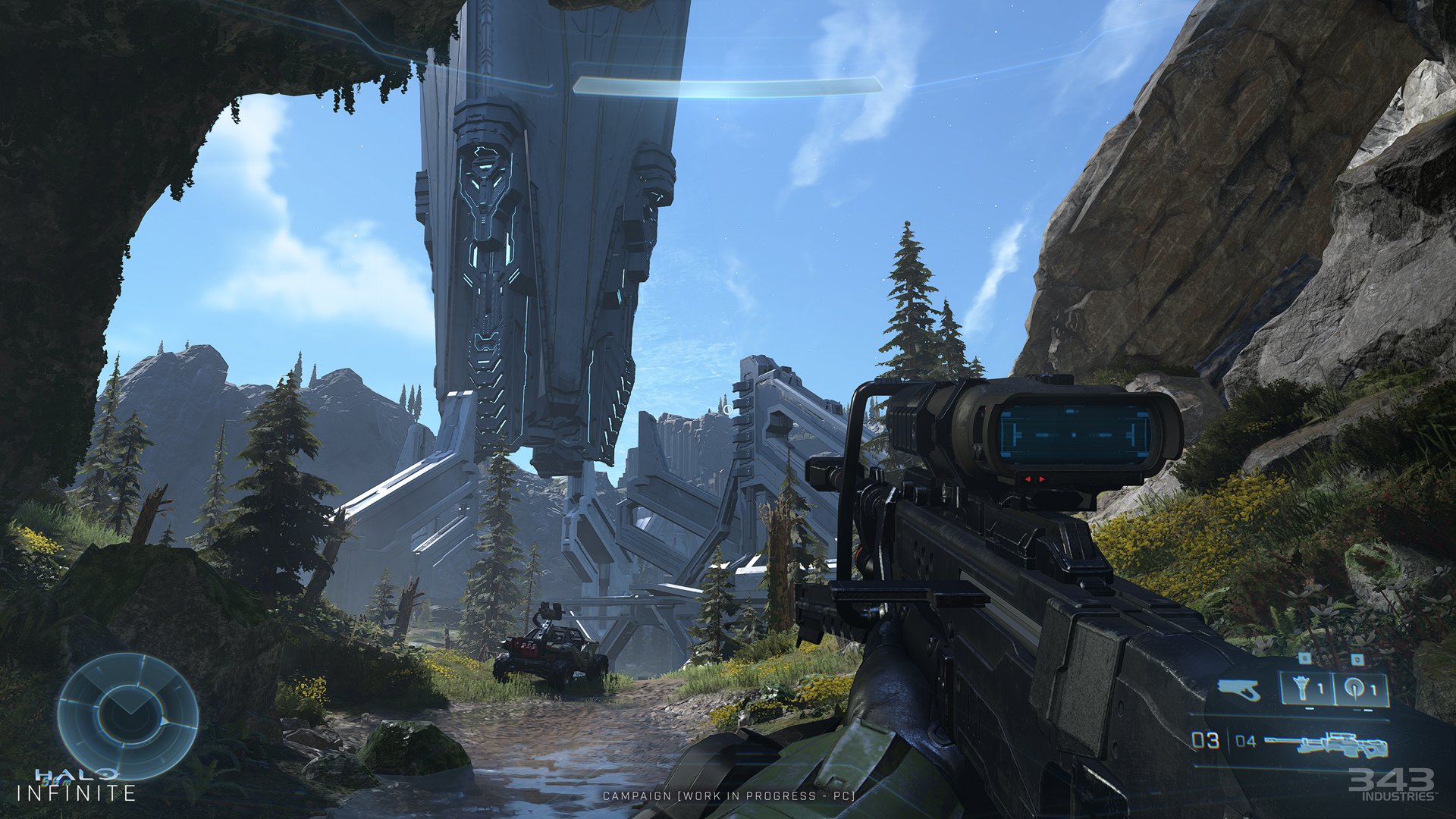 With Gamescom taking over this week, MS confirmed the long-awaited release date for Halo Infinite being December 8, 2021.

For the first time ever, the game will be FREE on Xbox Game Pass Ultimate subscribers. This means you’ll be able to play it on Windows 10 PC, Xbox Cloud gaming, Xbox One and the Xbox Series X|S.

The most exciting aspect of this rollout is it being on the cloud server, as you’ll be able to jump into games online without having to be home. Take a look at the multiplayer season 1 preview and the 20th anniversary content.

The road through 2021 has been an exciting one, Spartans – but, here at the tail-end of August we’re especially glad to see you. Throughout the last year we’ve been doing our very best to keep you posted on all of our latest Halo Infinite developments, be it through the Inside Infinite blog series, the Xbox & Bethesda Games Showcase, or of course, the annual celebration of games out in Germany – Gamescom.

We’re thankful that so many of you have joined us on this journey. Whether you just peeked your head into Halo Waypoint to take a look, or you’re a full-fledged Halo Insider that helped us test Halo Infinite during the technical preview, we couldn’t be more humbled. That’s why today we’re thrilled to announce that Halo Infinite will release on December 8, 2021 for Xbox and PC.

As we kick off Gamescom 2021, we’re proud to unveil the Xbox Series X – Halo Infinite Limited Edition Bundle, which will go up for pre-order today! Featuring a Limited Edition Xbox Series X console, a Limited Edition Xbox Series X Controller, and Halo Infinite (downloadable after system set-up), you’ll be fully prepared to confront the most ruthless foe the Master Chief has ever faced. Featuring a design imprinted with stars as seen from the surface of the Zeta Halo, a Cortana blue vent, and iridium gold accents around dark metallic paneling, your armory will be off to a solid start with this at its center.

Already have an Xbox Series X? Are you a controller collection completionist? Just looking for a new set of thumbsticks to take with you to Zeta Halo? We’ve got you covered.

The brand-new Xbox Elite Wireless Controller Series 2 – Halo Infinite Limited Edition, featuring a battle-scarred Mjolnir-themed design from team Xbox will be a welcome addition to any Spartan’s arsenal. With a look that’ll have you right at home with the UNSC, and an in-game weapon charm of the controller itself, you’ll be well on your way to having all the right equipment to battle the Banished.