Is Joe Montana Football with 2K Sports Becoming A Reality? 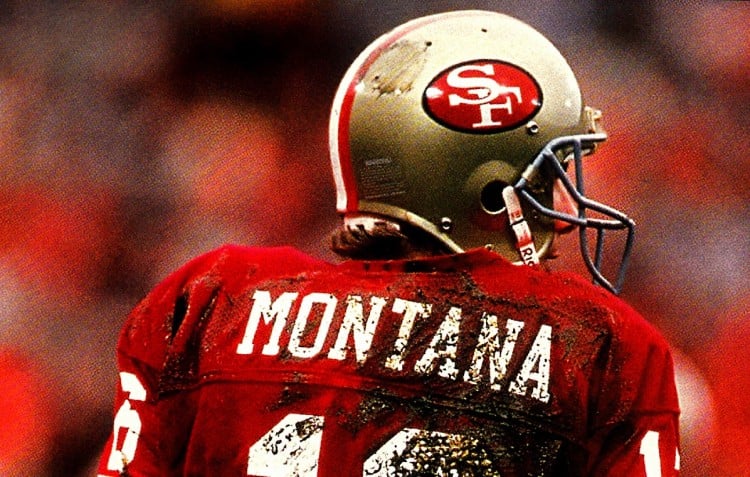 Last October, 2K Sports employees and Joe Montana both teased a motion capture session for an unknown football game. While the obvious elephant in the room is 2K Sports planning to put together another football title, a member of their team revealed in December their brand logo aligned with Joe Montana in a viral tweet.

An anonymous poster on Operation Sports soon revealed Joe Montana Football 16 would be releasing this summer exclusive for Windows Platforms Xbox One and PC. Due to the EA and NFL licensing agreement, multi-platform titles (or releases on PlayStation and Xbox brands) are banned unless their first party releases.

In the past, Microsoft had their own internal and very successful exclusive studio XSN Sports (previous home to NFL Fever), but closed down due to a rumored threat of losing support from Electronic Arts. Now with their relationship at an all-time high, competition is something that wouldn’t affect the mainstream sales for the King of the gridiron; but would definitely give hardcore football gamers the closest thing to NFL 2K5 – over a decade later.

So many things happening! Here is a teaser of what is coming. Stay tuned for more. #morethanarosterupdate #montana16 pic.twitter.com/Sft5c3jNwX

HI’m sorry, but I can’t sit by and watch this any longer.

I love and respect a number of people working on this game and having met the man and hung around him a number of times I have a profound respect for Mr. Montana. He’s just a great person. But I disagree with how they’re dealing with the public and how they plan to continue to do so. You just have no idea how long they’re planning to drag even basic info out.

I’m not on the team and I’m not under an NDA so I’m not under any obligation to keep anything I know a secret. There are some things going on that gamers need to know about now, and the way they’ve planned to do these things just isn’t reasonable. What I’m about to tell you are things they literally only plan to tell you about 3-4 weeks before release and I’m sorry, you don’t deserve to be strung along like that.

I know you won’t believe me, but I can assure you this is accurate, and in time you will see these truths unfold. I feel you need to know so you can prepare as a gamer (save up money, make arrangements and plans, etc).

– First and foremost, this game will be for XBOX One and PC only. This is why they haven’t mentioned platforms. They’re taking early advantage of the Windows 10 cross-plat tech and the game will be out as part of 10’s 3-month launch cycle in the middle of this year.

So now that you know, you can make plans to purchase an XBOX One or Windows 10 if you don’t have one of them already.

– The game is called Joe Montana NFL Football 16. This is an NFL game. First-party stipulations that the NFL has always left open & the NFL’s exclusive relationship with Microsoft allows for Microsoft to have an NFL game. Microsoft Studios is the publisher. Microsoft is deadly serious about gaining ground and winning the console war (doubtful to happen at this point though) and throwing tons of money at incubation and trying to buy new IP that they can turn into big series’ titles is top priority for them right now. They believe this game can be many times bigger than MLB The Show due to the larger NFL fanbase, and because so many XBOX One owners identify as serious NFL fans.

– The game was demoed and it went well. Actually, “well” is an understatement. People went crazy. NDA’s were and still are in place for them. That’s why you haven’t heard anyone saying anything, but a lot of people are having a very hard time because what they seen was unbelievable and it’s been impossible to go back to Madden or even take Madden seriously after that. It’s like, how you felt when you had an NES and you saw Sega Genesis for the first time. The step up in quality is THAT big.

@SmittyD1981 Let's not forget. I was the first one to post this -> pic.twitter.com/HJYSFikklO

– They put those things up on artforgames in hopes that you would find it, especially the NFL stuff. It took a little longer than initially thought, but you found them eventually, and when they saw you found it they took it all down just as they did when they realized people found their job posting last year. They already had their team in place, the posting was a bone. All of this has been staged well.

– They’re not asking for ideas because it’s an NFL game and they don’t feel there is a lot of room for the type of creativity you’d need in an unlicensed game. When they first started out before iMFL they were considering a non-NFL licensed game and were going to approach dealing with the community differently with polls, a message board, etc. but things changed once NFL was confirmed.

– 2K is involved. Should be obvious from some tweets/re-tweets and comments both Joe Montana and Damon Grow have made. Some tech and manpower was purchased from 2K and is deeply incorporated into this game.

– The franchise mode will be able to be managed on mobile devices and it’s really deep.

– The iMFL app was never meant to be released. Its entire production was a prototyping run for its franchise mode and management system with the intent of using it in Joe Montana NFL Football 16. Even the TechCrunch interview was part of the staging. It was brilliant. Everybody bought the staging. So, don’t wait for that app, it’s never coming.

– There are a few important modes. One is a story mode and it’s pretty cool. Think NBA 2K My Player. That’s what you’re getting.

-The graphics, animations and AI are all obscenely good and modern. It looks like a game that was built for this new generation, not just a port over from last generation with a ton of sloppy tweaks. The animations are easily the most crisp of any sports game ever made. Comparing the animations to Madden, it’s going make Madden look like a PS1 game by comparison. This is going to be embarrassing for EA Tiburon, like The Show Vs MLB 2K and NBA 2K vs NBA Live embarrassing.

I apologize to the team making this game and to Mr. Montana, but I feel that with just 4 months until release and a reveal schedule that really just strings everybody along unnecessarily, it was only right to tell people the truth so they can be prepared with enough time to act. Again, I’m deeply sorry but I know I’m doing the right thing.