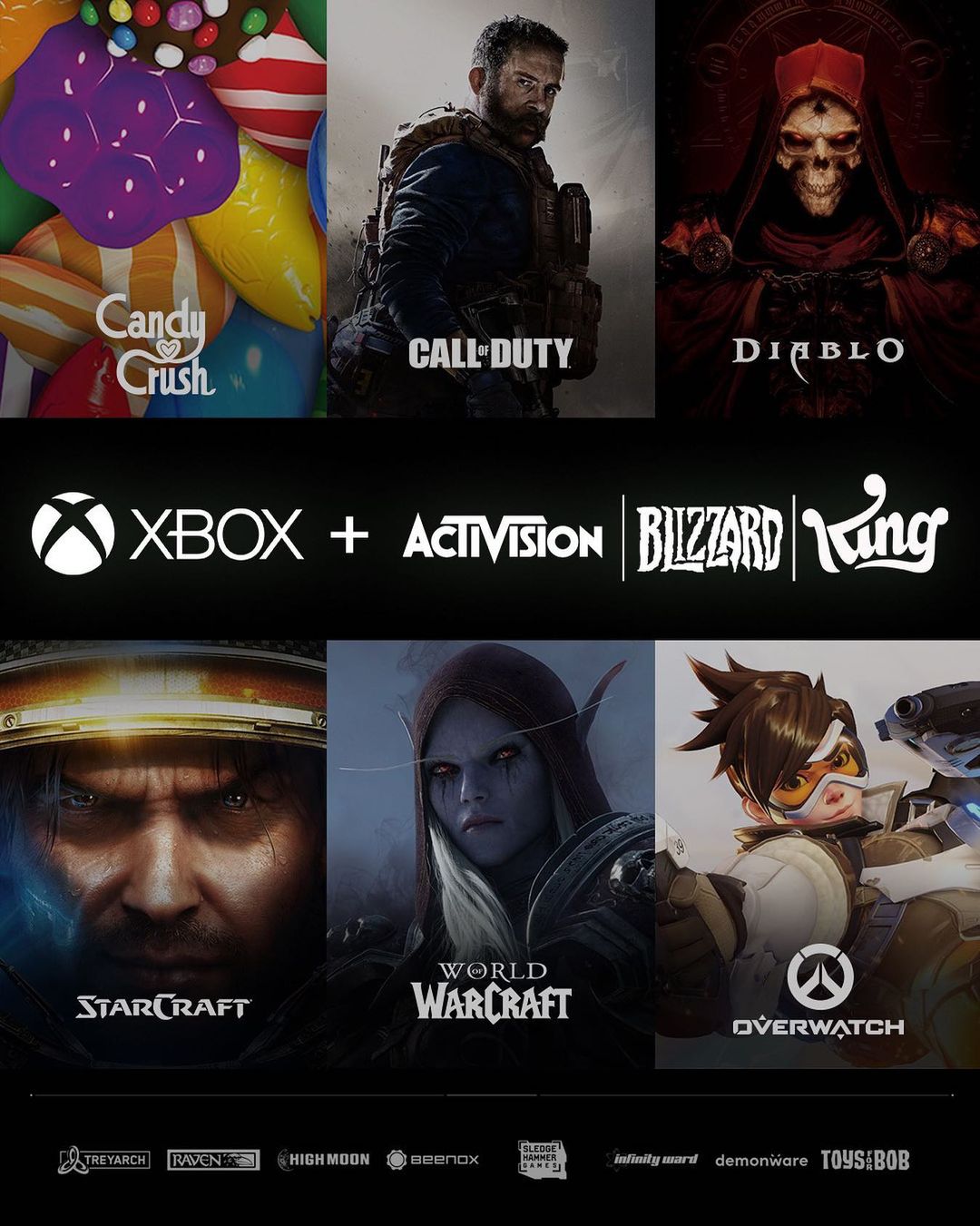 Microsoft 70 billion Activision Purchase, Sony Future Breakdown is explained after violence was officially chosen in the industry. 10 months ago, Microsoft officially welcomed Bethesda to Team Xbox, and confirmed that every title would be going to Game Pass. Those include: The Elder Scrolls, Fallout, Wolfenstein, DOOM, Dishonored, Quake, Starfield.

Although there were rumblings of timed exclusivity for popular titles like Fallout and Starfield, Microsoft reiterated that the only way to play those games would be through Game Pass. While Sony has been reluctant to add the service to PlayStation 5, their hand may be forced after this major piece of information.

Activision Blizzard games are enjoyed on a variety of platforms and we plan to continue to support those communities moving forward.

Now, what does this mean for Sony? Call of Duty will not be released on PlayStation consoles beyond this year. It will only be available on Xbox Game Pass and PC Game Pass, which Sony has reiterated that they have no plans of adding Game Pass to their system.

Nintendo has been more open to the idea of working with Microsoft, as they’ve allowed previous Xbox apps on their devices in years past. Now, with this large acquisition of the Call of Duty franchise from Activision, there might not be a choice for them but to cave in and allow Xbox Game Pass on the PlayStation 5.

Phil Spencer, vice president of gaming at Microsoft, celebrated the victory saying, “Our vision of the metaverse is based on intersecting global communities rooted in strong franchises. “A big part of that is the fact that mobile is the biggest category of gaming, and it’s an area where we have not had a major presence before.”

The deal also puts them in direct competition with Facebook over the metaverse (or virtual world). With Activision, Microsoft wants consumers to play their content on phones, consoles, computers and eventually in virtual reality.

Yes, in the future, Call of Duty will be a VR-based game, you can load up directly from your iPhone or any device.

Over the past year, Activision has had a dark cloud over the company, with multiple lawsuits against the company filed against them. This includes sexual harassment and assault, as this new deal will essentially save the company from a public embarrassment. We’re just curious how the sale happened this fast.

As a company, Microsoft is committed to our journey for inclusion in every aspect of gaming, among both employees and players. We deeply value individual studio cultures. We also believe that creative success and autonomy go hand-in-hand with treating every person with dignity and respect. We hold all teams, and all leaders, to this commitment. We’re looking forward to extending our culture of proactive inclusion to the great teams across Activision Blizzard.

During 2021, Activision made $244 million in operating income and Blizzard pulled in $188 million. While many believe they want gamers to switch from PlayStation 5 to Xbox Series X for Call of Duty and Skyrim, they’re only concern is Game Pass.

Xbox Game Pass will likely also see a price hike to rival Netflix and Spotify, beyond their new battle with Facebook over the metaverse.

THEY’RE NOT FIGHTING THE SAME BATTLE WITH SONY!