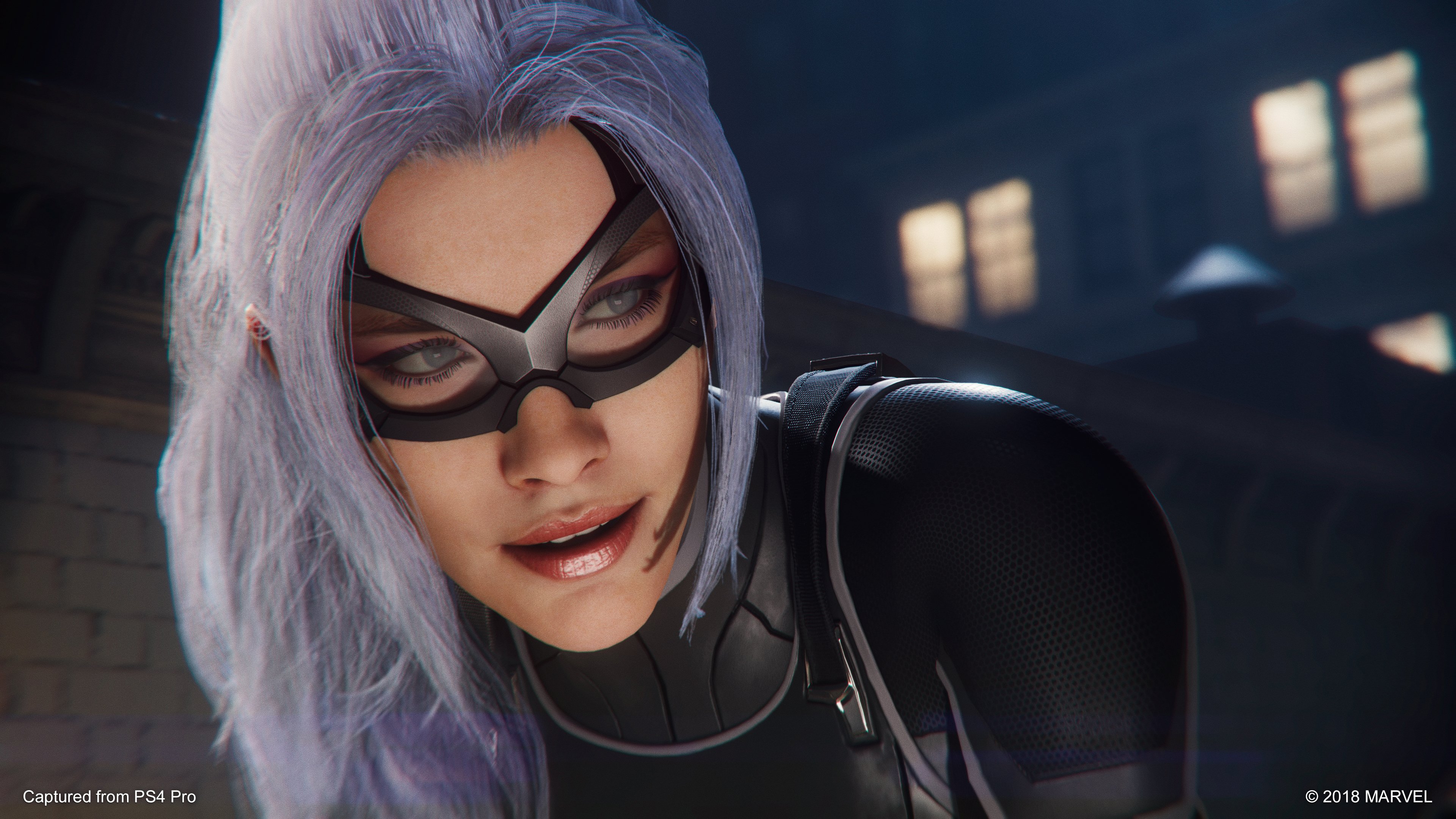 Marvel’s Spider-Man has revealed details for The Heist, the first part of DLC trilogy The City That Never Sleeps, ahead of its release on October 23rd.

As expected, the content is based around Black Cat, who you’ll know from all the stakeout missions in the original story mode.”As you play Marvel’s Spider-Man: The Heist, you’ll encounter the beginning of a new, interconnected story taking place over the three chapters of Marvel’s Spider-Man: The City That Never Sleeps,” says Ryan Smith of Insomniac Games. “A robbery at an art museum entangles Spider-Man and MJ with an old flame from Peter Parker’s past, Felicia Hardy, aka Black Cat.”

There will also be a new faction of enemies, crimes, challenges and trophies. The three new suits include the Resilient Suit by Marvel illustrator Gabriele Dell’Otto, along with the Scarlet Spider II and Spider-UK suit from the Spider-Verse (shown below).