Aside from readying the world for the Black Mafia Family and now an official Supreme Team series centered around his associates from Southside, 50 Cent dropped a major bombshell this weekend.

While promoting his upcoming executive produced Aaron Wallace series for ABC this winter, a fan asked him about getting rights to a pending 6ix9ine and Tr3yway biopic project.

Kanan confirmed that something was in the works, which went over the heads of many in them comments until now. While he’s yet to speak directly to 6ix9ine since the situation with Tr3yway, more information emerged last week during Harv and Nuke’s trial that there was an informant leaking information for 7 years.

Take a look at the media below and let us know in the comments what you think of a Tr3yway TV series, because this shit was indeed a movie. 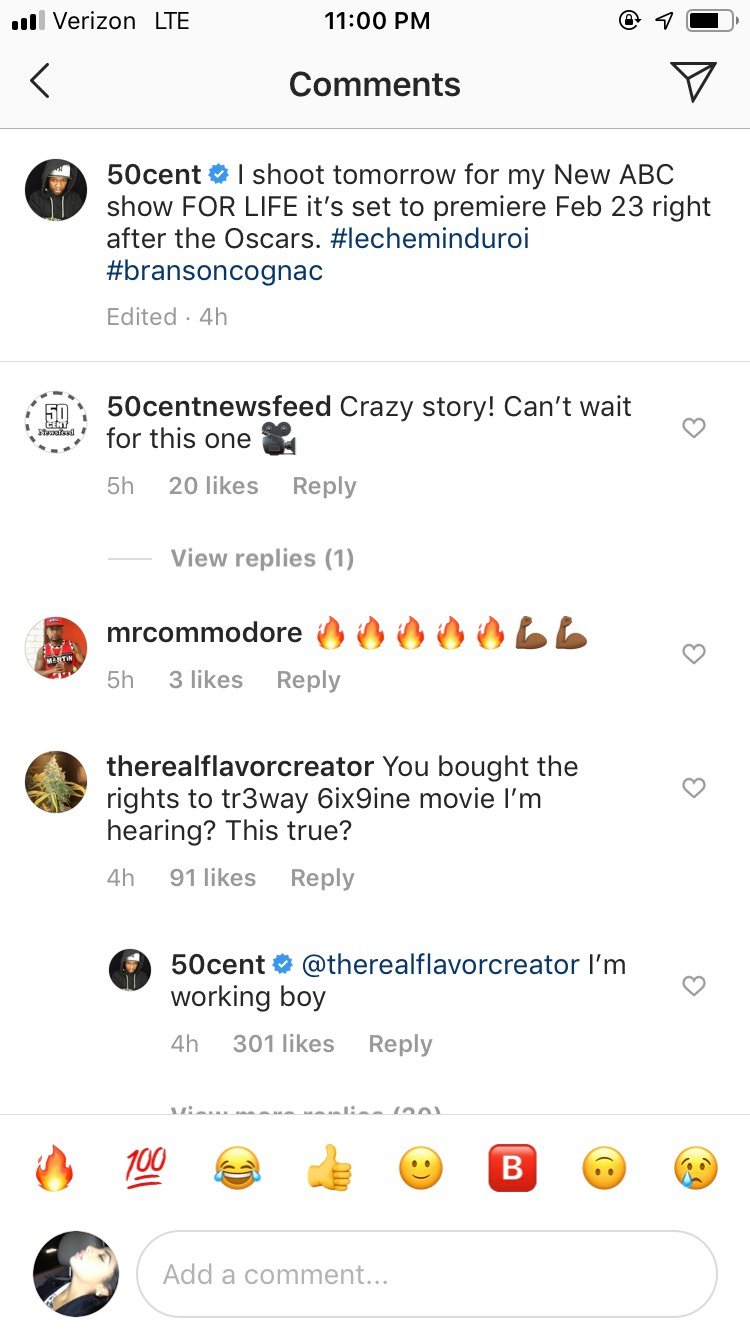