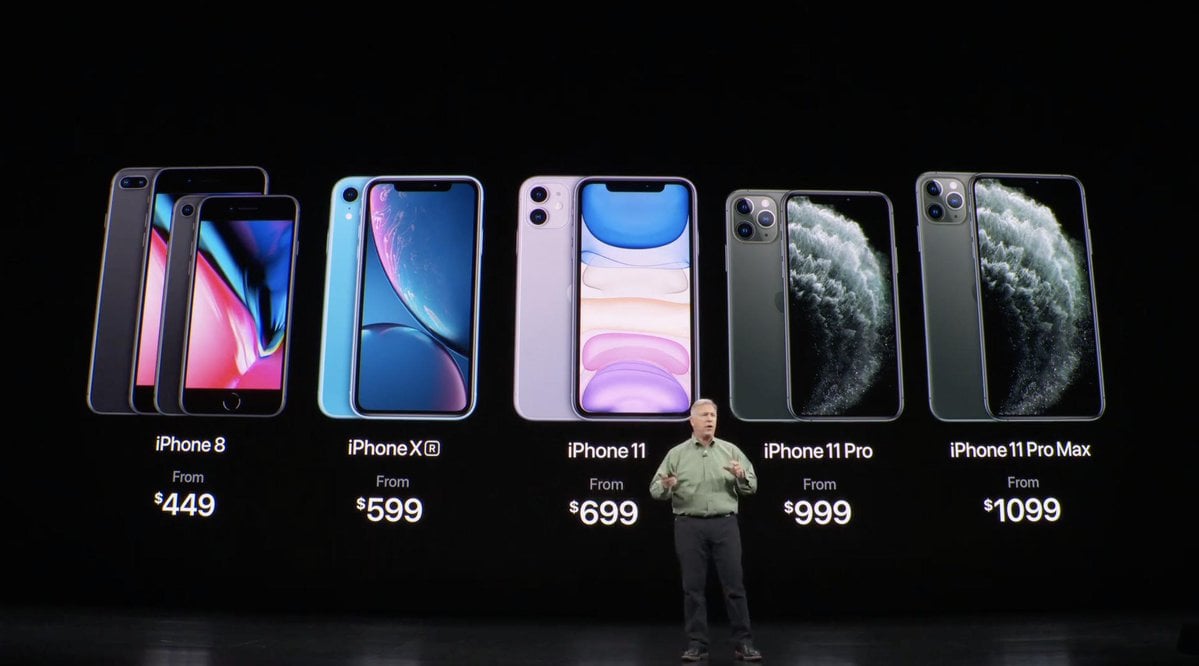 Apple held a keynote event today, detailing some of the products they will be launching this fall, including a lineup that includes a new iPad, Apple Watch Series 5, Apple TV+, and the brand new iPhone 11 and iPhone 11 Pro.

We caught the entire event, so here is our breakdown of the main points, including prices, new features and everything else you need to known from Apple. 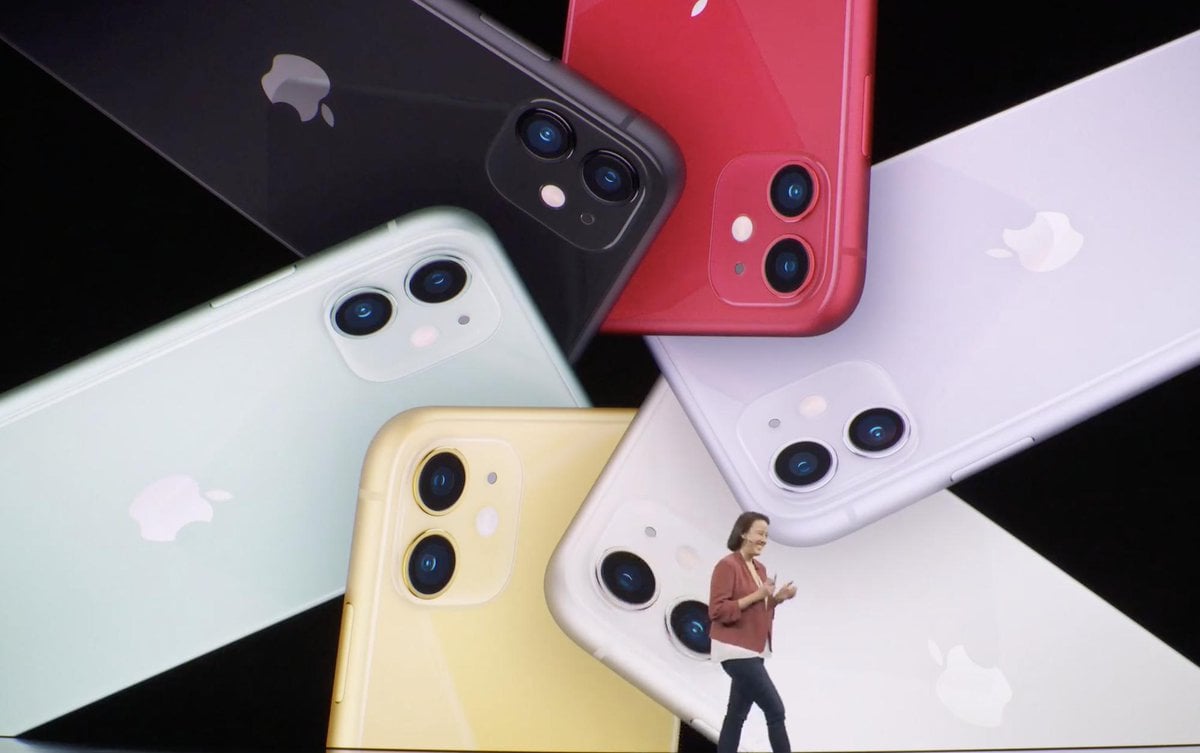 Apple is going back to numerals for their latest iPhone, announcing iPhone 11 to their lineup. This is the successor to the iPhone XR and will be the cheaper version of their smartphone. The phone will carry a dual-camera system with an additional 12-megapixel ultra-wide camera. It will support 2x optical zoom and contain an immersive camera interface that will allow users to see outside the frame to take advantage of the ultra-wide camera. Not to mention the multiscale tone mapping and high-key mono portrait effect that will work with pets. Expect Night Mode to give users an option to take pics in low-lighting situations as well. The front facing camera will be a 12-megapixel TrueDepth wide-angle camera that can rotate with landscape shots.

Video wise, users will be able to switch between the ultra-wide and regular camera, with 4K resolution support in up to 60 fps, slow-motion, time lapse and extended dynamic range across both cameras. The front camera can also shoot in 4K (as well as 60 fps) in slow-mo.

Apple boasted iPhone 11 will have the “fastest CPU/GPU in a smartphone” thanks to the A13 Bionic processor, an additional hour of battery life compared to the iPhone XR and “enhanced FaceID,” which is supposed to speed up the face-scanning feature for the phone.

Besides the three cameras in the back, the iPhone 11 Pro will get up to four hours more battery life than last year’s XS models and up to five hours more than the XS MAX from last year.

The new features in the camera include the 12-megapixel ultra-wide lens with a 120-degree field of view, to add to the wide-angle and telephoto cameras Apple has include in their previous models, with the telephoto camera getting a larger ƒ/2.0 aperture (it’s supposed to capture 40% more light compared to the XS camera). The front-facing camera is now a 12-megapixel sensor that can shoot in 4K and in slow motion.

The software for the camera will include “Deep Fusion” that shoots four short images, four secondary images and one long exposure to combine the images into a single final copy. Apple says this will add detail and less noise.

Expect that and a new version of Flimic Pro that will let users shoot with two cameras simultaneously.

– Launches November 1
– Subscription for $4.99
– One year free if you buy a new iPhone, iPad or Apple TV

Up to six family members can share one Apple TV Plus subscription with their own Apple ID and password. Among the titles coming to the service include Reese Witherspoon and Jennifer Aniston’s The Morning Show, Jason Momoa-led sci-fi series, See and Hailee Steinfeld’s Dickinson, a drama series about poet Emily Dickinson.

The latest model is close to the Series 4 model, but will now carry an always-on display option. This means you won’t have to move your wrist to look at the time. It will still have 18-hour battery life, with watchfaces and workouts redesigned. Other new features include a built-in compass, emergency calling for international countries, though no sleep tracking app was announced with the new model. 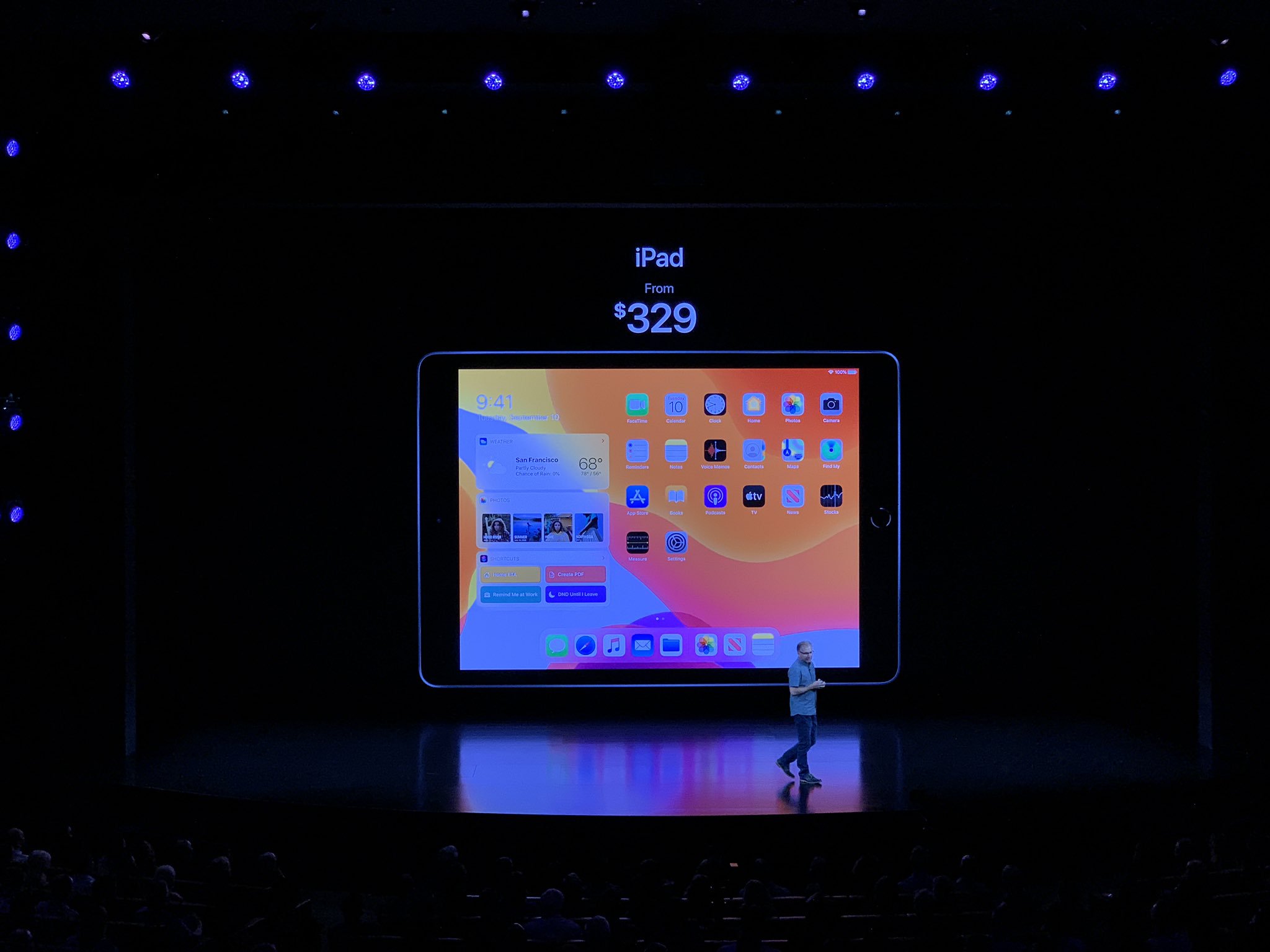 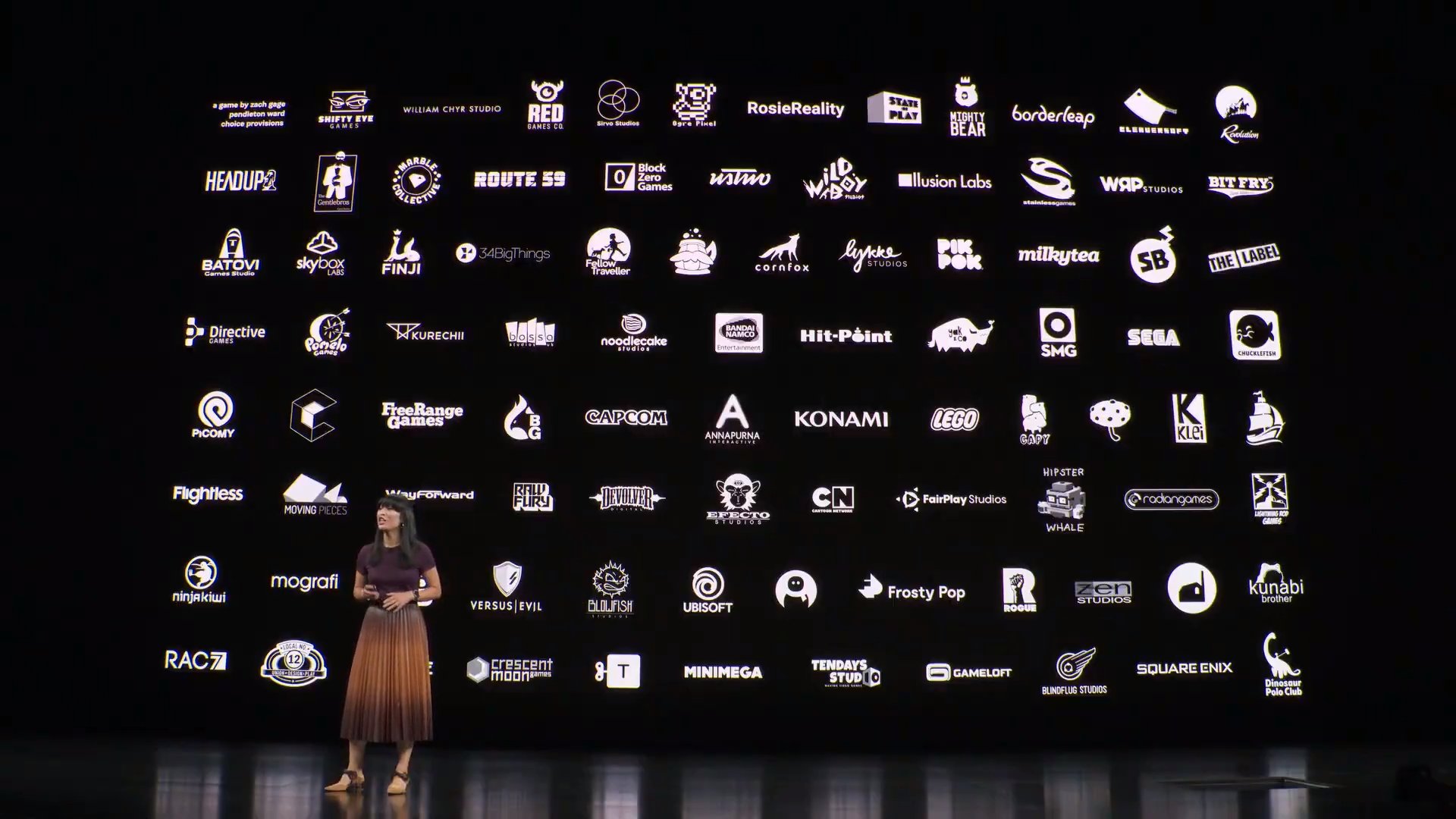 Apple is launching in 150 countries on launch, and will be $4.99 with Apple’s Family Sharing feature. Among some of the Arcade exclusives include Frogger in Toy Town (from Konami), Shinsekai: Into the Depths (from Capcom) and more coming soon.