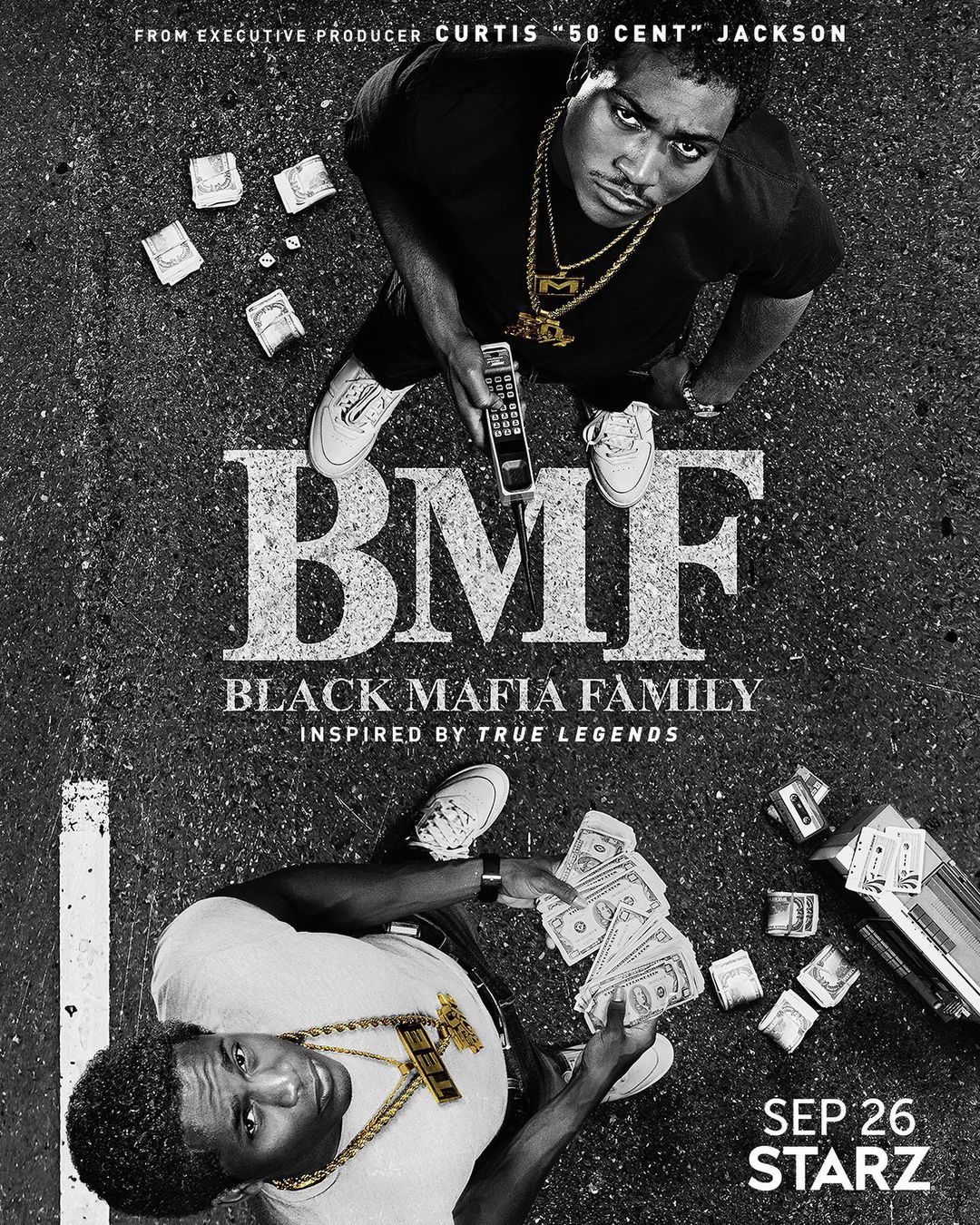 BMF Starz Trailer Eminem video is released, as 50 Cent and Lil Meech gear up for their major series release in a few weeks. From executive producer 50 Cent, the official trailer for the Black Mafia Family series arrives and looks to be the biggest release on the network to date.

The Starz show is set to premiere on September 26th and gives the general public a look at the biggest black street organization in the history of the United States.

While most may know them for the flash seen on Smack DVD and YouTube back in the day, this series gives an in-depth look on the groundwork of hustling many had to put in to build the name BMF.

Take a look at the official trailer below, featuring Einem.