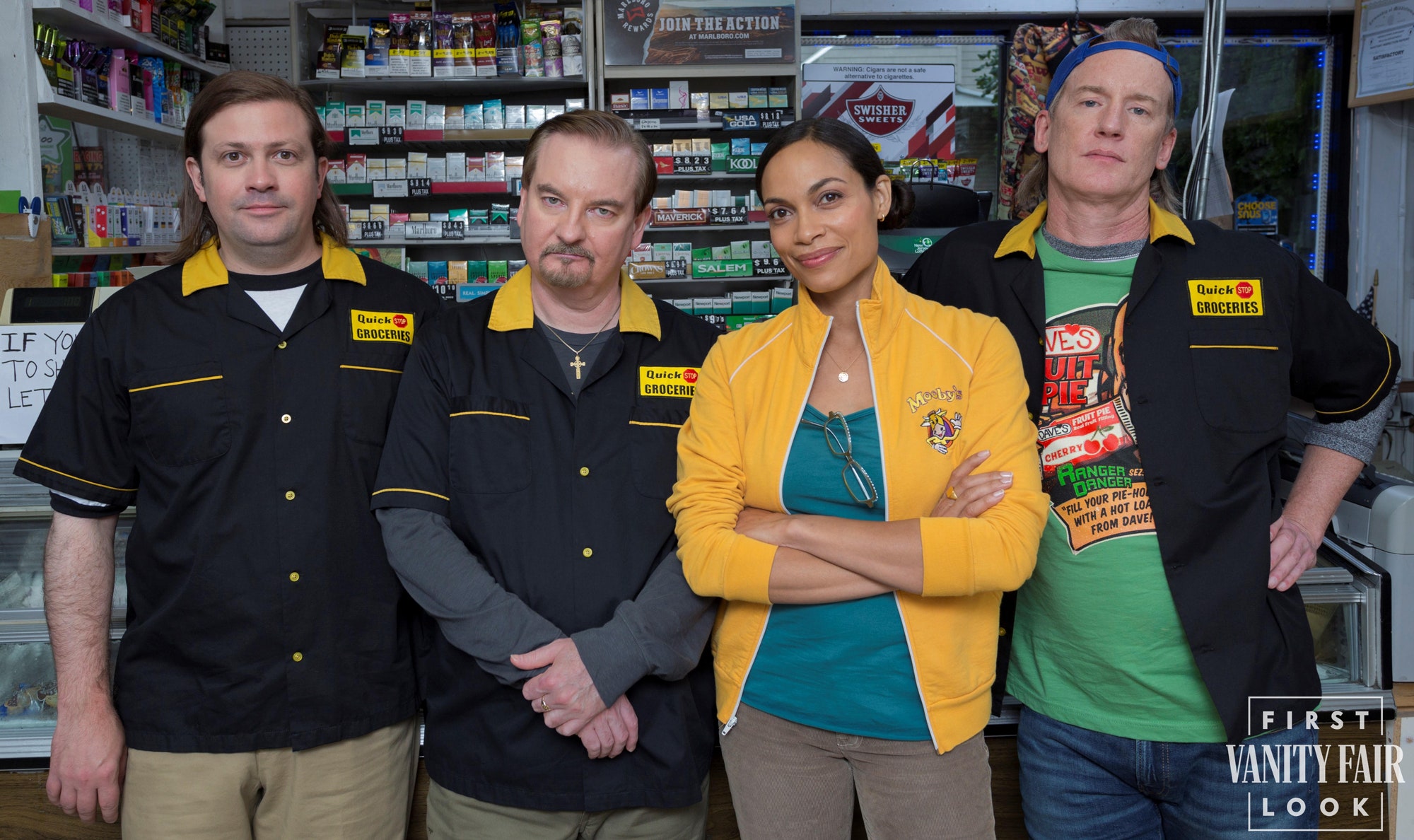 Clerks III Movie First Look revealed as Kevin Smith, Rosario Dawson and the gang return for the epic finale in the series after 15 years. Exactly a month ago, Kevin Smith confirmed that he had found a business partner to officially greenlight the long-awaited third installment in Clerks.

Lionsgate is backing the project with their resources, which we believe will be a hit since writer-director Kevin Smith took his time finding the right time to release it. In the first photo revealed by Vanity Fair, we see Dante, Randal, Becky and Elias all returning to the Quick Stop.

With Jay and Silent Bob also set to make cameos throughout the film, we’ll see the stoner comedy cast back together one more time. In the film, Kevin Smith will bring his near-death experience to film, creating a semi-autobiographical experience to light, with his character Randal going through that same fate.

In the films premise, Kevin Smith described the movie saying, “After surviving a heart attack, Randal Graves decides to make a movie with Dante Hicks about their lives at the Quick Stop convenience store.”

Initial filming is already going on in the Red Bank section of New Jersey, as we expect the final release to happen sometime in late 2022.

You can read the entire interview story over at Vanity Fair.