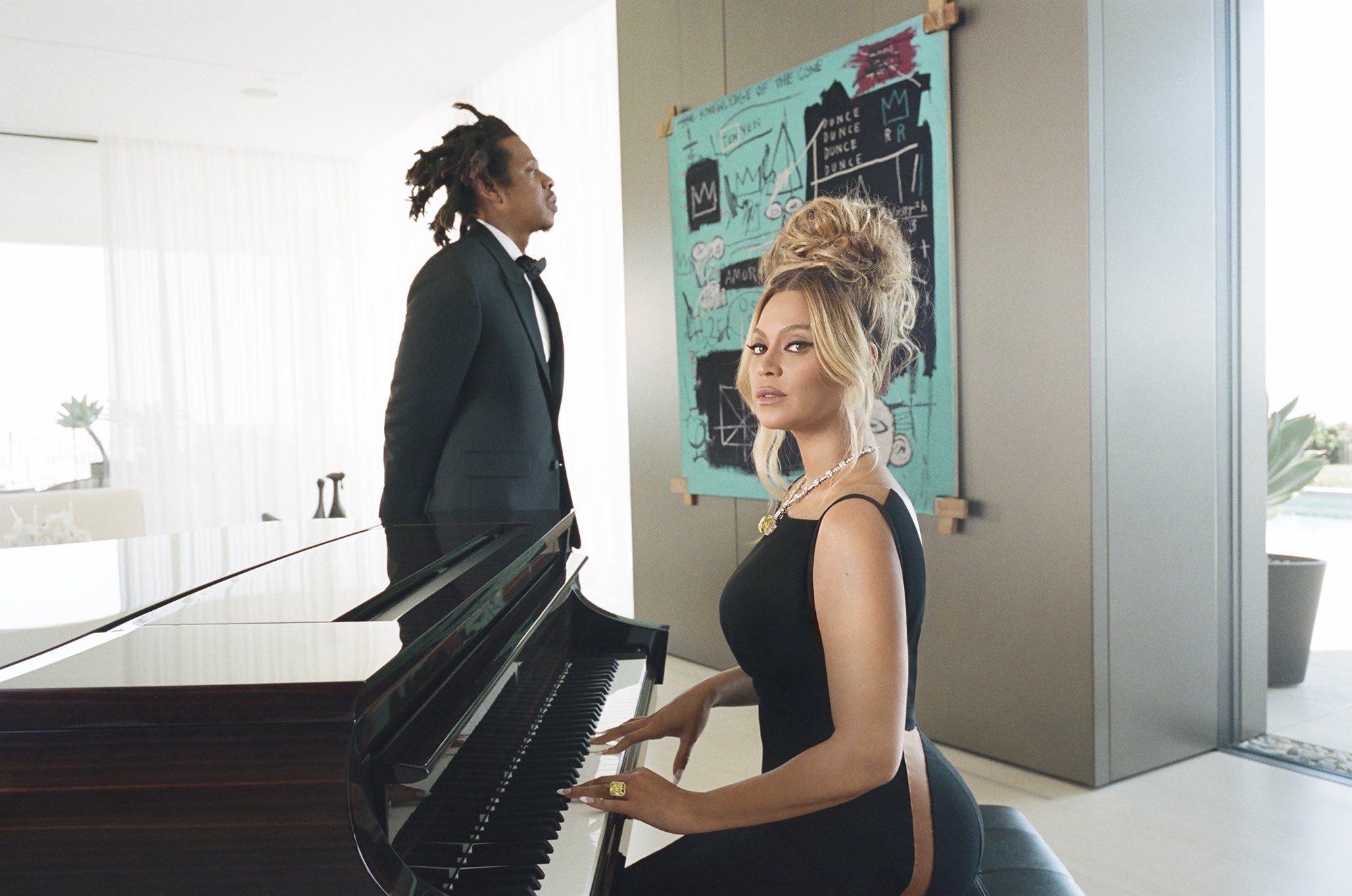 JAY Z and Beyonce are a power couple if we’ve ever seen one and they have broken barriers through entertainment. Branching out from their norm, the two are now collaborating with Tiffany & Co. for their “About Love” campaign, celebrating modern love. Posing in front of epic paintings like Jean-Michel Basquiat’s Equals Pi (which came from a private collection and has never been seen in public), the two dress in the finest attire for the campaign.

The photoshoot is also historic because Queen Bey becomes the first black woman and fourth person ever to wear the iconic 128.54-carat Tiffany Diamond.

The campaign partnership will pledge $2 million dollars to the scholarship and internship programs for Historically Black Colleges and Universities (HBCU’s). It also comes with a film directed by Emmanuel Adjei, which features Beyonce on the remake of “Moon River,” seen in the 1961 film Breakfast at Tiffany’s.

The priceless Tiffany Diamond has only been worn by three women since its discovery in 1877. Today, @Beyonce becomes the first Black woman and fourth person to wear the legendary stone. #AboutLove #TiffanyAndCo pic.twitter.com/p2j4k4qOka