Jeezy Is Moonlighting As A Meteorologist on The Weather Channel Now 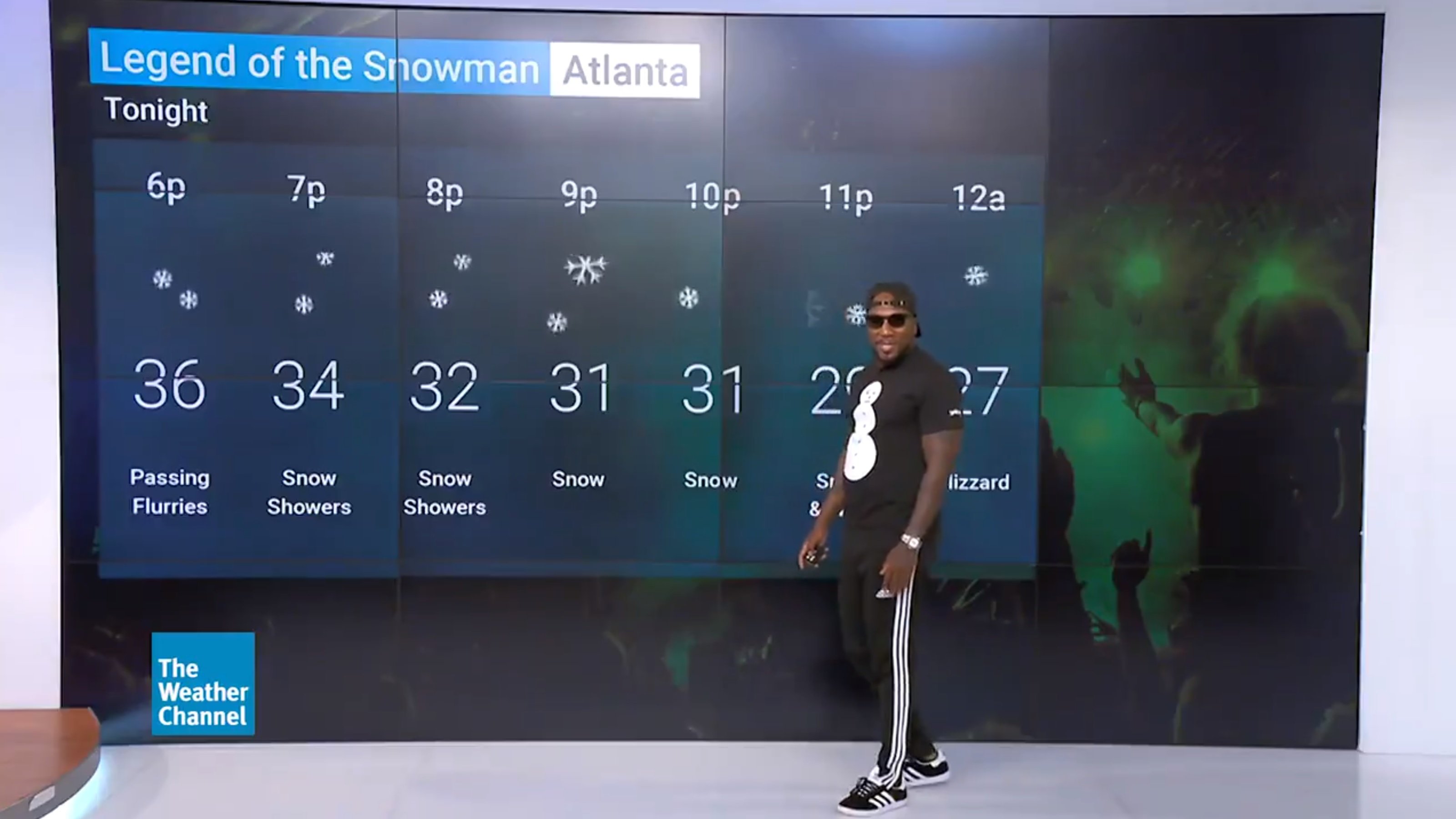 Though he’s been busy promoting this album Thug Motivation 104: The Legend of the Snowman, Jeezy still has time to do forecasts for his hometown of Atlanta.

As a guest meteorologist, The Snowman introduced himself as such, giving a report of the metropolitan ATL area. After that, things cut to the 7-day forecast where he aptly predicted nothing but snow for the entire week.

Apparently, things were going to get snowing because his album hit the streets.

Whether this is what he’s going to be doing in retirement remains to be seen, but he could always moonlight as a weather guy and see what happens.

Is it supposed to snow in Atlanta tonight? That's what Meteorologist @Jeezy says… ⛄ pic.twitter.com/UyrqV76DLO