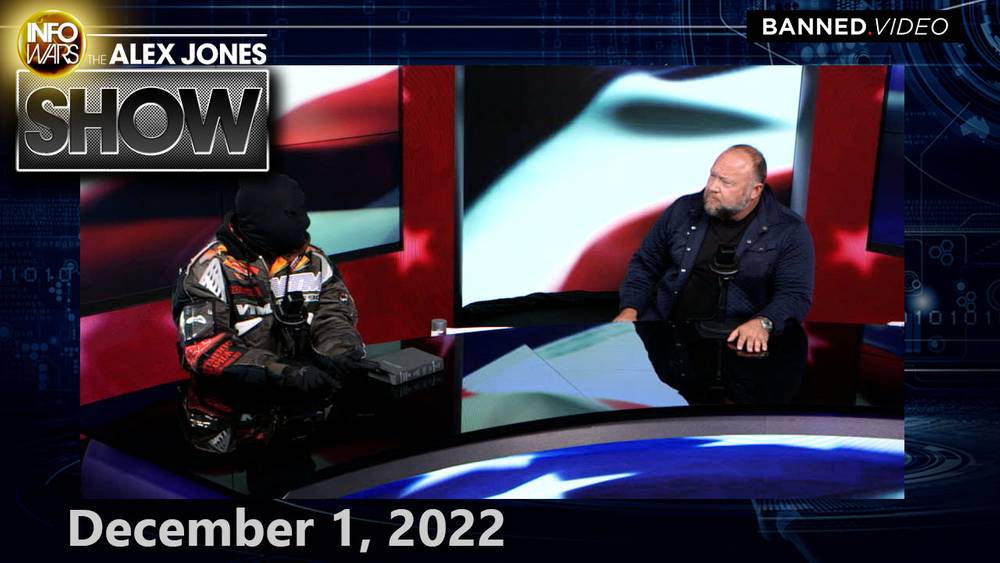 Kanye West, Alex Jones full interview is released, as Ye successfully breaks the internet again with his latest claims against a certain group. Now, this is the one interview Kanye West officially crossed the line, as we’ve seen longtime fans of this man finally calling it quits.

With Ye banned from most mainstream media, he was a guest on conspiracy theorist Alex Jones’ show, as he doubled down on a series of past remarks at a certain group of people.

Following his dinner with former President Donald Trump last week, Ye revealed he was running for President again in 2024, which we’re not sure who’s going to vote for him after today.

In the interview, Ye flat out said he admires Hitler, which shockingly made Alex Jones uncomfortable for the first time ever with the public watching.

You can take a look at clips and the full Kanye West interview with Alex Jones, where he also calls himself a Nazi.

Click HERE if video doesn’t work on your device

This InfoWars interview with Kanye West is getting so thoroughly antisemitic that even Alex Jones is pushing back, after West has spent the last few minutes accusing Jews of being pedophiles. "I think most Jews are great people," Jones says. "But I agree there's a Jewish mafia."

he had alex jones stress laughing you know how crazy that is pic.twitter.com/nx8M4hzE5v

Why were the only people killed unarmed protestors that day?

A PRAYER FOR WORLD PEACE
Dear God, thank You for all creation. In the spirit of Jesus of Nazareth and all teachers of peace who inspire the many faith traditions, help me, and all the people of the world, learn how to replace hate, war, oppression, and division with love pic.twitter.com/xJL4yylDQo

Jaylen Brown on playing in front of the Prince and Princess: pic.twitter.com/iyzc8yM5oi