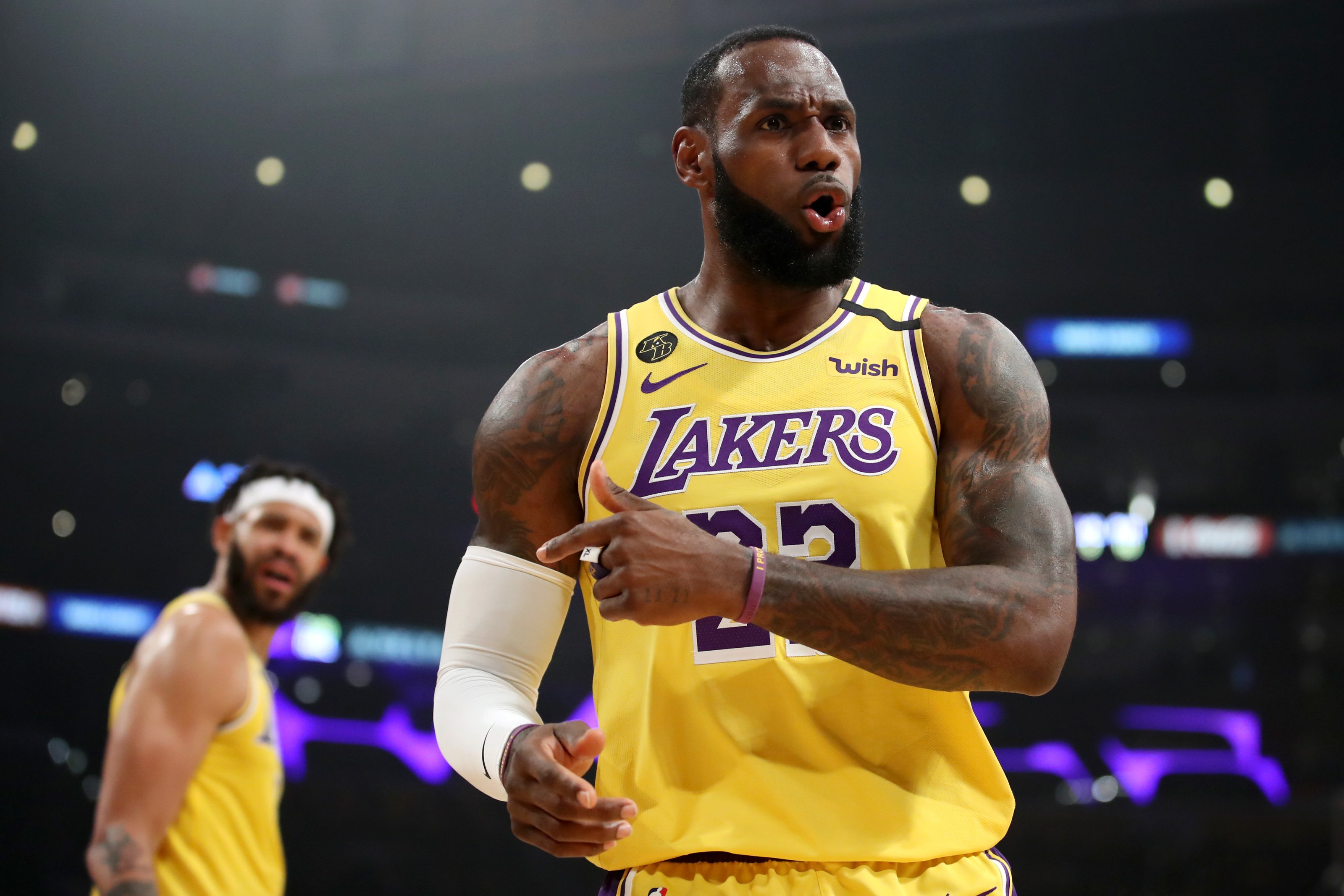 With the Los Angeles Lakers winning the NBA Championship this past season, LeBron James is on cloud nine. The new NBA season is upon us, but fans haven’t forgotten about that new LBJ movie sequel titled Space Jam 2.

Just recently, James was seen recording voice-overs for the film in the studio.

Of course, the plot for the upcoming blockbuster film leaked and it gives us big details of what to expect when it hits theaters next year.

“During a trip to the Warner Bros. studio, NBA Superstar LeBron James and his son accidently get trapped within a world that contains all of Warner Bros.’ stories and characters, under the control of amalfunctioning, all-powerful force named Al G (played by Don Cheadle). With the help of Bugs Bunny, LeBron must navigate through a never-before-imagined world filled with iconic movie scenes and characters as they re-assemble the Looney Tunes to rescue his lost son. Now to get back home, Lebron and the Tunes have to unravel Al G’s mysterious plan and win an epic basketball game against digital gamified super-versions of the NBA and WNBA’s biggest stars as the entire world watches.”

The synopsis for SPACE JAM: A NEW LEGACY is certifiably bananas and I for one cannot wait to see it pic.twitter.com/BLmc4x5uHb