Last week, a snippet from 6ix9ine emerged entitled “Bently.” During that time, the controversial rapper asked NYC courts if he could film music videos in his backyard to readying new album material. We guest that he must’ve got clearances, cause Tekashi issued his first public message on the gram in over 16 months after the Rico raid. He confirmed that his untitled single is set to release on May 8th, which we’re assuming will have an accompanying music video as well. Take a look at media below. 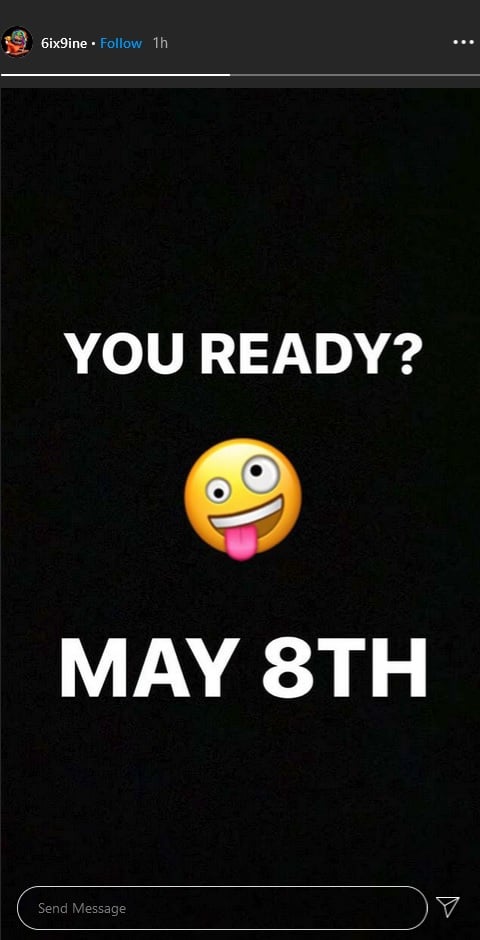