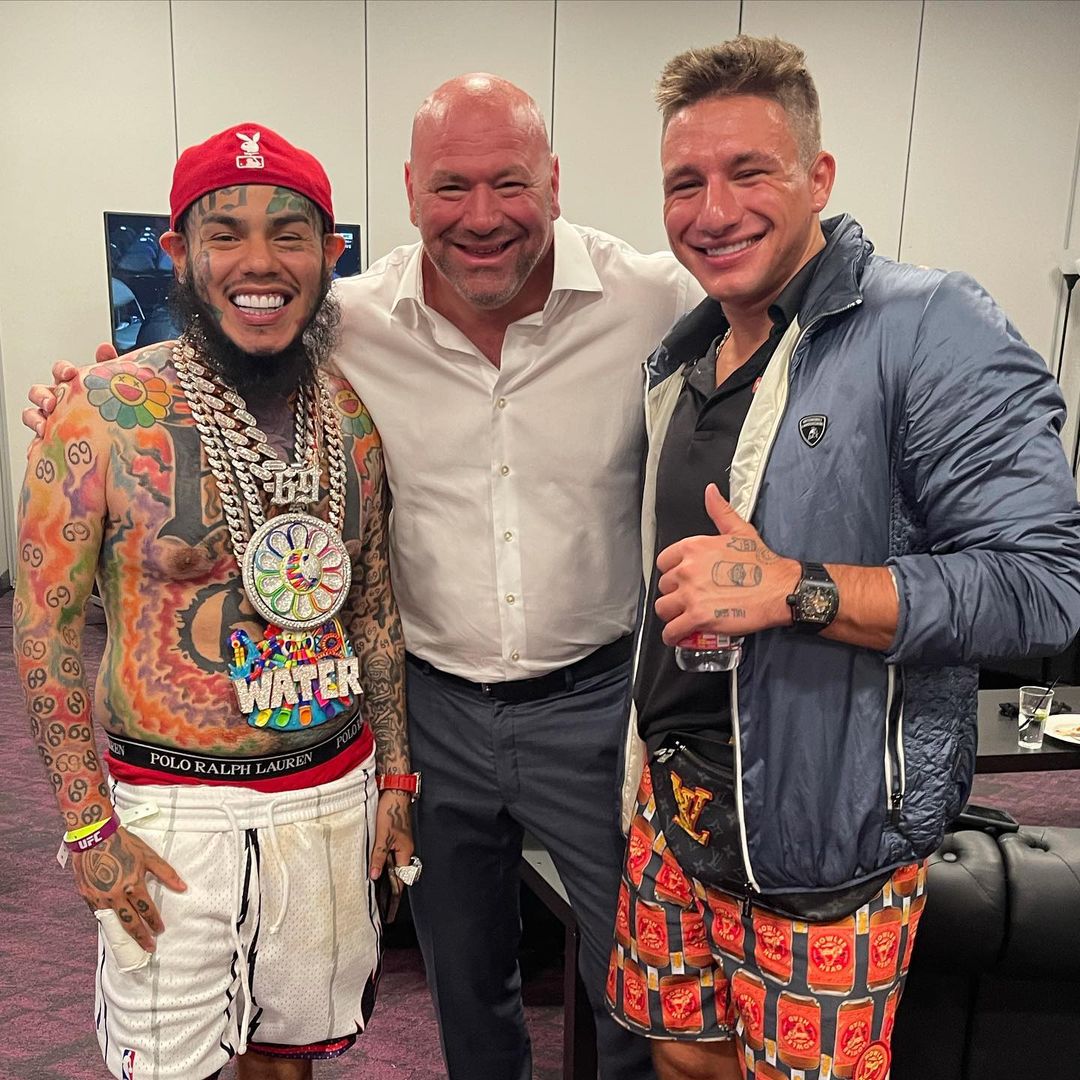 6ix9ine Drink Thrown UFC 266 Video revealed, as the controversial rapper was spotted over the weekend in Las Vegas by the public. In a not shocking situation, Tekashi was at the T-Mobile arena in Vegas for the latest event with ESPN and met with an altercation.

Apparently, a fan recognized the rainbow-haired rapper and threw a drink on him. That was followed up by trash talk and insults, that saw Tekashi wanting to welcome the mystery person to the frank stand.

While meeting up with Stephen Deleonardis and UFC TV GM Dana White, security on hand rushed in and walked 6ix9ine away before anything else happened. The fan was soon escorted out the building in handcuffs.

Take a look at the video below.