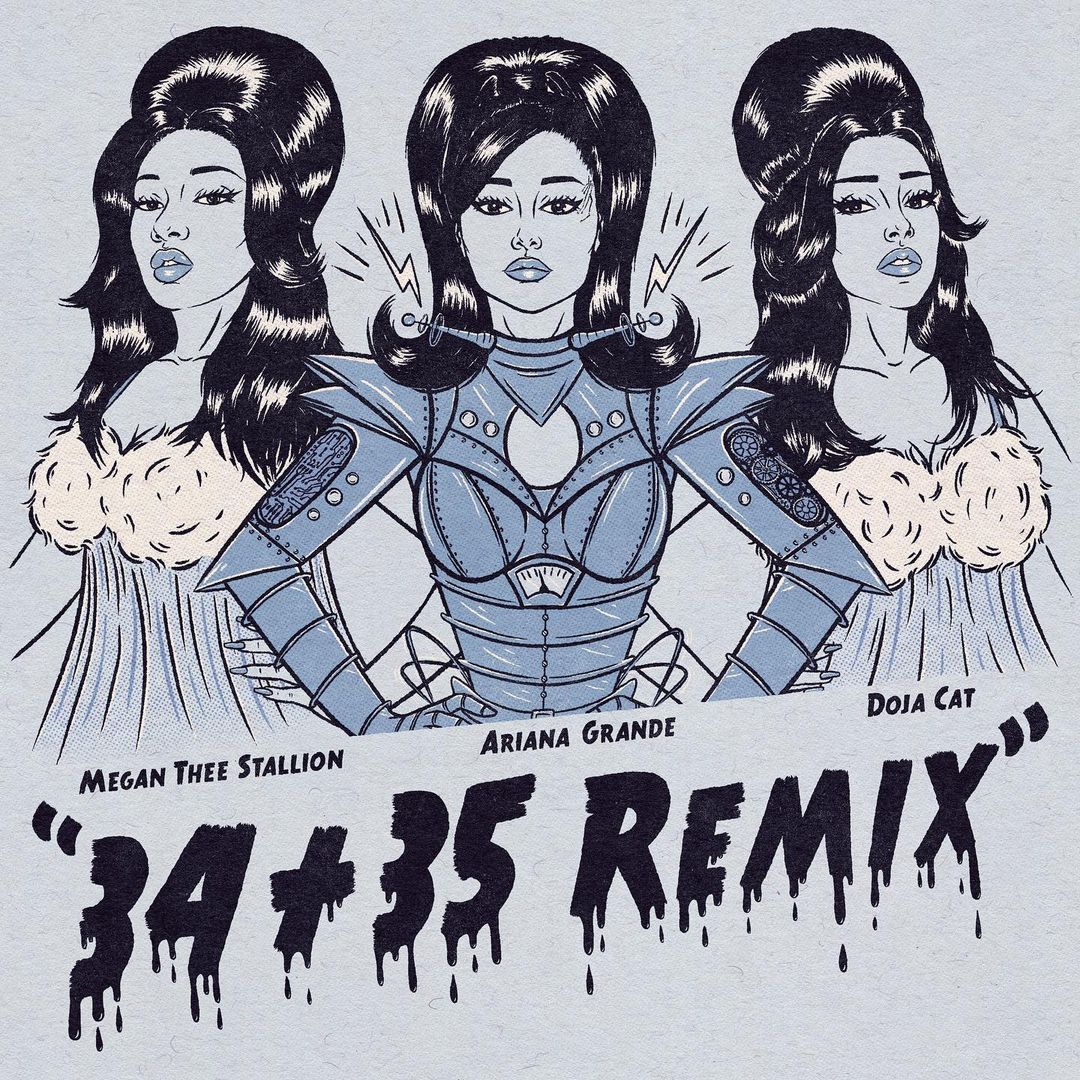 Ariana Grande, Megan Stallion, Doja Cat ‘34, 35’ remix song, is the surprise release from the pop star after her holiday-released Positions album. With the recent project getting much replay value around these parts and from her loyal fan base, Ariana Grande is back with more content to her new album.

The Broward County native of South Florida taps in with Megan thee Stallion and Doja Cat for her “34 + 35” remix. While a visual for the sexually-fueled cut would’ve been more appropriate, you can enjoy the audio treat below.

Ariana Grande-Butera is an American singer and actress. Born in Boca Raton, Florida, Grande began her career at age 15 in the 2008 Broadway musical 13. She rose to fame for her role as Cat Valentine in the Nickelodeon television series Victorious and Sam & Cat. Megan Jovon Ruth Pete, known professionally as Megan Thee Stallion, is an American rapper, singer, and songwriter. Originally from Houston, Texas, she first garnered attention when videos of her freestyling became popular on social media platforms such as Instagram. Amala Ratna Zandile Dlamini, known professionally as Doja Cat, is an American singer, rapper, songwriter and record producer. Born and raised in Los Angeles, she began making and releasing music on SoundCloud as a teenager.