10-Minute Audio of 6ix9ine Testifying in Court Has Surfaced 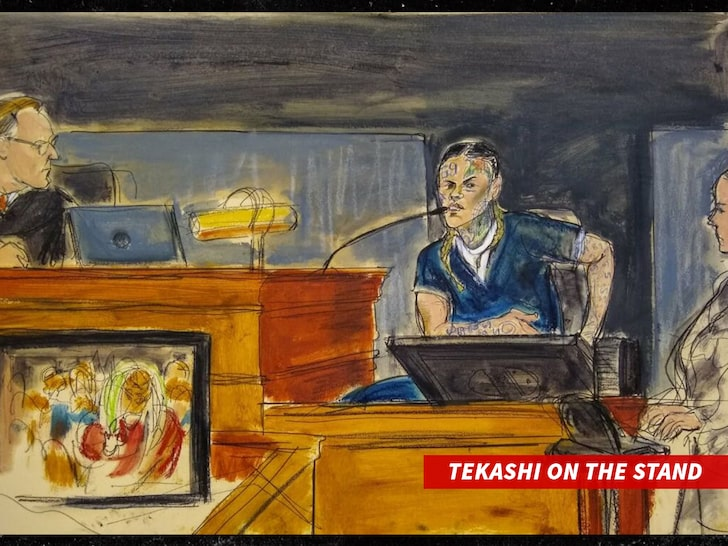 Yesterday, trial began for 6ix9ine’s case in a Manhattan federal court, where he testified against fellow Nine Trey Bloods members as part of a plea deal with prosecutors. Tekashi spent two hours on the stand in front of current and former Tr3way members, as he revealed when he joined the gang, what crimes he participated in and even ID’d defendants as part of the questioning.

Today, audio from the court room leaked where 6ix9ine can be heard telling the courtroom his age, aliases and what he’s pleading guilty to.

Not only that, he revealed he started cooperating with government a day after he was taken down for racketeering charges in November of 2018.

Though no audio of anything else has surfaced, we know that Tekashi told the court about Trippie Redd‘s connection with a rival blood gang, when he met Kifano “Shotti” Jordan and why he repped Tr3way in the first place.

You can listen to the audio below.

69 going up in s federal courthouse today kids! Message of the day don’t be a Internet gangsta… be yourself! #cloutisnottheroute get money