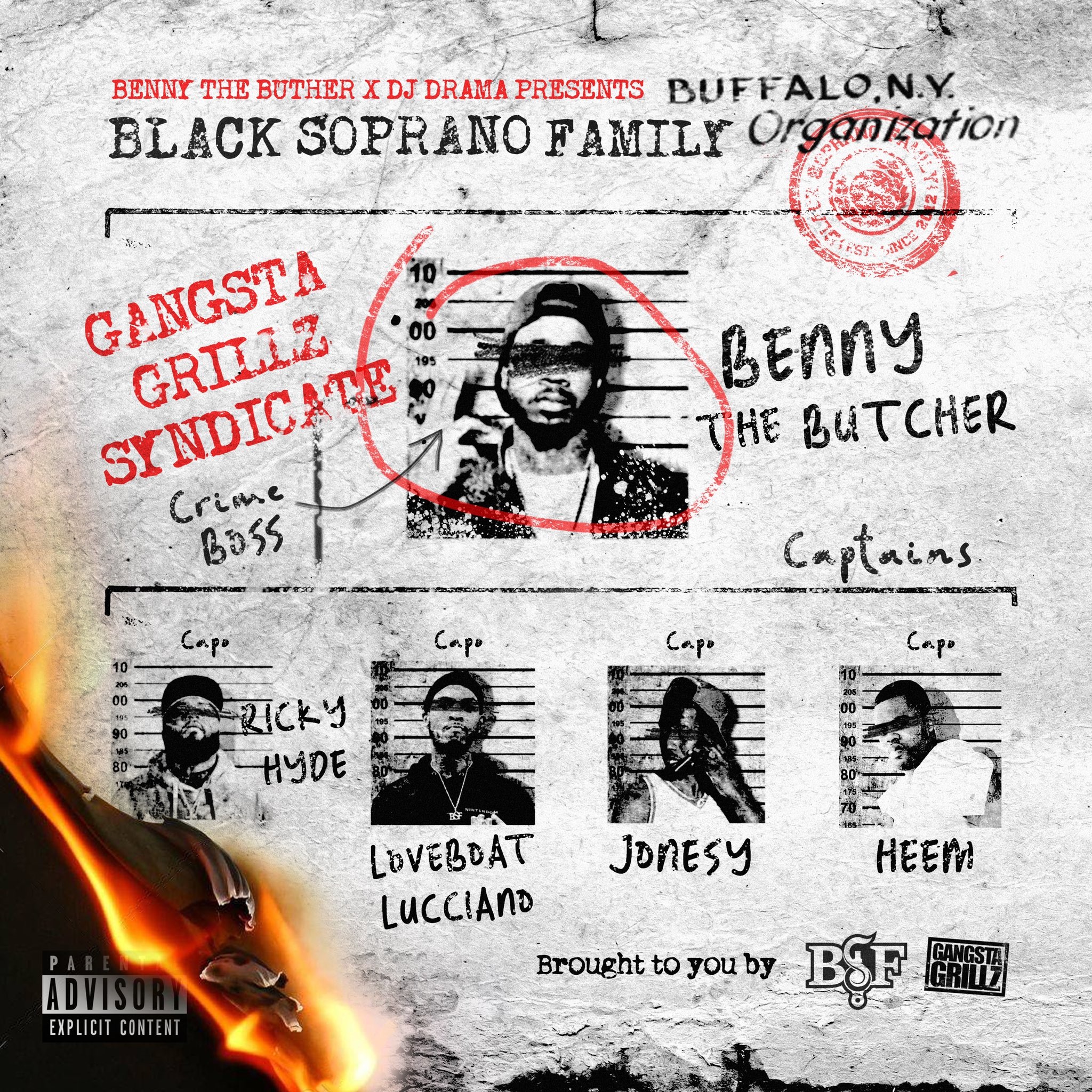 Benny the Butcher, Black Soprano Family ‘The Respected Sopranos’ album is released with DJ Drama’s Gangsta Grillz platform. After gaining acclaim in recent years with his brothers for the Griselda collective, Benny the Butcher upstarted his own movement. With help from fellow Buffalo natives, Heemer Da Steemer and Rick Hyde, we’re presented their first ever compilation project. Presented by DJ Drama, stream the Black Soprano Family’s The Respected Sopranos album in full below.

The Respected Sopranos listening party with the G’s we all lookin at different cameras so you know it was a movie 🎥….TONIGHT @ 12:00 am we dropping that classic shit so it’s a family reunion for all the street niggas

Jeremie Pennick, known professionally as Benny the Butcher, is an American rapper from Buffalo, New York. He is part of the hip hop group Griselda with frequent collaborators and first-cousins Westside Gunn and Conway The Machine. He is also a part of the collective Black Soprano Family.