Birdman Says BG is Getting Released from Prison in a “Few” Weeks, Expected to Join Ca$h Money 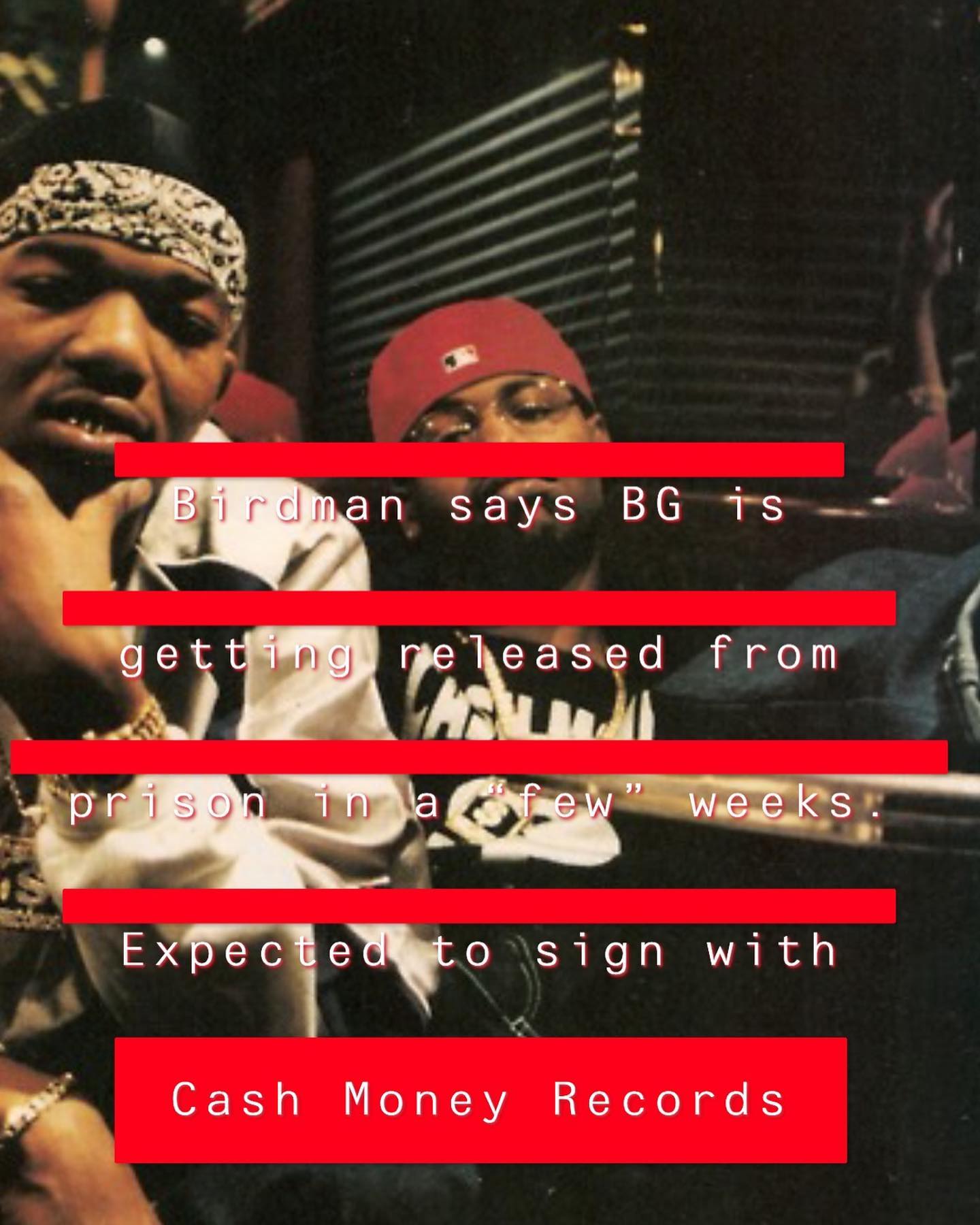 Birdman talks BG prison release November 2022 story, as the nearly 14-year stint in prison is finally coming to an end for this rap legend. According to Birdman, rapper BG is expected to get released from prison in a “few” weeks after serving 13 years.

Last year, reports surfaced that the iconic rapper was offered a deal by the FEDs some time ago, to get released from prison early. BG immediately turned down the deal and stood tall to serve out his sentence.

Upon returning home, he will be rejoining the new regime of Cash Money Records and Rich Gang; which will feature the likes of NBA YoungBoy, Future and Juvenile 💲💲💲.