While neither 50 Cent nor Lil Meech have publicly addressed Bleu Davinci’s absence from the series, we kind of felt this would eventually happen. With Lil Meech and Dexter ‘Sosa’ Hussey making derogatory claims against Bleu that should not be discussed by civilians, Bleu never responded to anything.

However, with the launch of the BMF series and Meech set to touch back down before in the next 6 years, we understand why he would feel a way. Seeing your friends back in the streets and telling the story that your life is based on would make you have animosity at everyone involved.

Not to mention, his honorable brother Baby Bleu, who was a part of the camp, also passed away before the official US Government takedown. Take a look at the media below, which we’re curious if 50 Cent will blow things up with this serious situation. 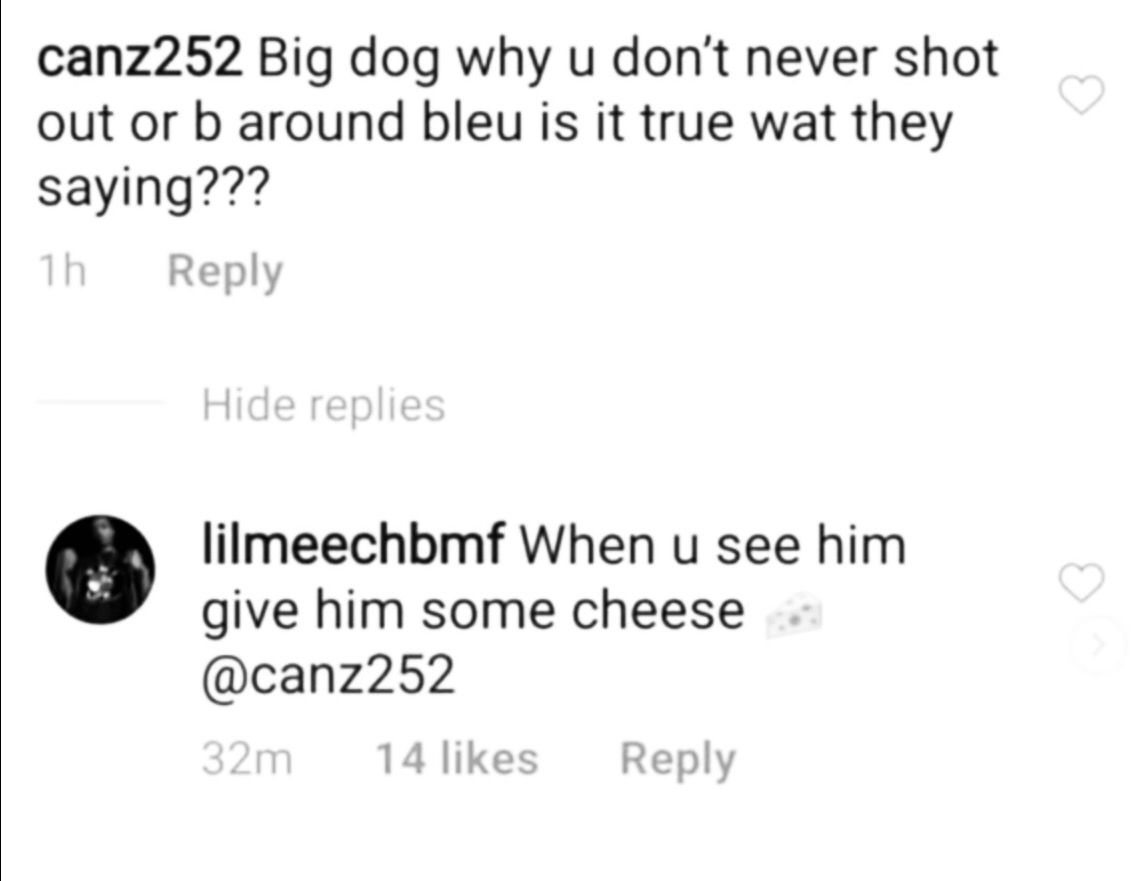