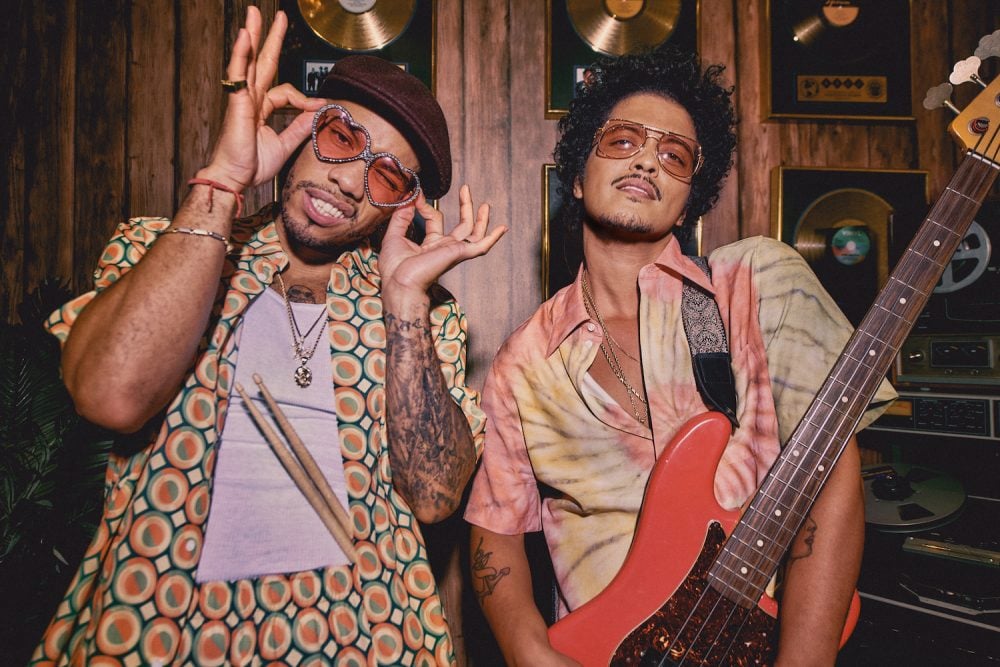 Although their album was slated for a fall release, the duo of Bruno Mars and Anderson .Paak have delayed their highly anticipated Silk Sonic album. Titled An Evening With Silk Sonic, the project is now looking at a January 2022 release date.

In an interview with Rolling Stone, the two spoke on the origins of the group, where the album stands of now and what they plan to achieve with the effort.

On the completion of the album:

“We’re really in touch-up mode now. We’ve got the bones of most of the album, so it’s really about touching up parts that need a little more….”

They also shared Bootsy Collins gave them the name Silk Sonic, Dr. Dre has helped consult on the project and the idea started five years ago:

“I’m not sure we would have done it if it wasn’t for the pandemic. It was tragic for so many people, but Bruno would have probably been on the road, me too—but we had to be here.

It all stems from pain and survival. We know it’s life or death for us, and we know what life and death means—we know what it’s like to be broke and to lose parents and to have parents that supported us and that battled addiction. We know what we’re up against, and this is all we have.”

Mars and Paak have one goal in mind when it comes to the effort:

“If it makes us feel good, and resonates with us, that’s gonna be infectious and make other people feel good–and that’s our jobs as entertainers.”

As successful as “Leave the Door Open” and “Skate” have been, hopefully we get another record before the album release date.