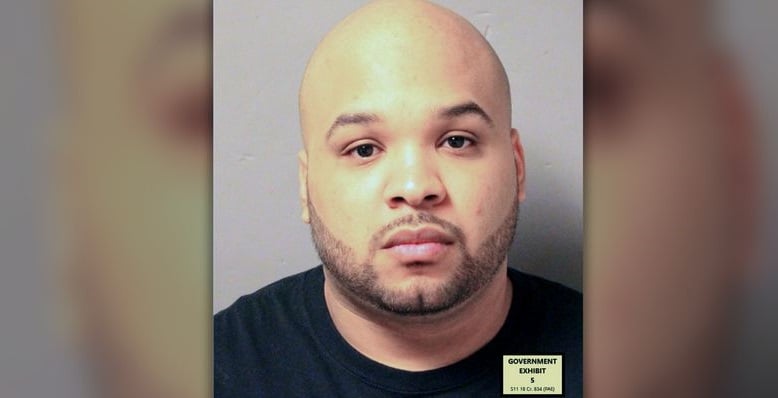 As week two of the Tr3yway kidnapping case against Harv and Nuke continues; the federal government’s number one informant was next up to take the stand. Kristan Cruz aka CEO Kris, confirmed that he had been working with the FEDs since 2013, to take down the Nine Trey Bloods.

So, this case has been going on well before Tekashi 6ix9ine, as the government got most of their information from Mr. Cruz. Through court documents, Cruz confirmed that he supplied Nine Trey with Heroin; where he originally got from China to flip in the states. Now, with the FEDs having information on their alleged drug deals, 6ix9ine’s arrival added more gasoline to the fire.

The guns and street activity during the 6ix9ine run, led to the FEDs gaining more motive to shut down their investigation. With overwhelming evidence against the entire team, this led to Shotti, 6ix9ine and the others pleading out to lesser time in the RICO investigation.

Look for more informants are likely to be exposed in the coming weeks.

From Shenzhen, China to Kristian Cruz on the Lower East Side, put into evidence today in #6ix9ine trial @SDNYLIVE –
the Chinese connection (like at the UN with @AntonioGuterres https://t.co/54jGEhynaa) pic.twitter.com/x4H9ScPS8f

Typing fast, as best as can make out: ""On November 22, 2013, Defendant Kristian Cruz plead guilty to one count of Access Device Fraud… one count of conspiracy… and one count of Aggravated Identity Theft.
The FBI identified 6 co-conspirators in that case. 1/2

…FBI was able to identify victims who suffered cumulative losses of $212,000… This is part of a larger conspiracy that involved losses of $2.2 million, however it was agreed that that would not be considered in th[is] plea agreement and under this memorandum."

For those wondering what was in the DHL envelope from China to Kristian Cruz, this stipulation from the #6ix9ine trial says it was found in an apartment in #Ridgewood and contained what appeared to be narcotics (photo coming next) pic.twitter.com/chzeJFo2hF

Here's the DHL envelope from China to Cruz along with (stipulated to) contents and other things in the Ridgewood apartment, put into evidence in #6ix9ine trial today @SDNYLIVE pic.twitter.com/FJtaA9nJPk

There was an informant in #tr3yway way before #6ix9ine started to cooperate with the government.. CEO Chris is the first person associated with #tr3yway that started working for the government, way before #tekashi69 met any #tr3yway members.. In the second video #tekashi says the only way you can touch me, is if your already next to me.. In the first video you can see CEO Chris, the only one with shades on in the video.. This is when #tekashi69 knew there was no way out this. The informant was around for months. #6ix9ine saw the evidence that was collected on #tr3yway & it goes back to 2013 😳 The reason most members plead guilty right away including #shotti and #6ix9ine was because they were worried, they had found out #ceochris was an informant and has been working for the government for years which is why the government was able to take them down so fast. Remember #6ix9ine was only around for a about a year, #ceochris has been around for 9 years collecting evidence..