Over the last few weeks, Chris Brown has been teasing his upcoming tour with Nicki Minaj. Well, Breezy is also readying a project in that time period, as fans got more details last night. Bhris revealed that the effort is set to feature the likes of Tory Lanez, Tyga, Tank, H.E.R., Sage the Gemini, Justin Bieber, Lil Jon, Juvenile, and Juicy J. However, he closed out the big announcement, confirming that Drake would be on the album. It’s unclear if it’s still on track to arrive in June, but we should be hearing more information from Breezy in the coming weeks.

Let us know what you think of the confirmed artist for the album. 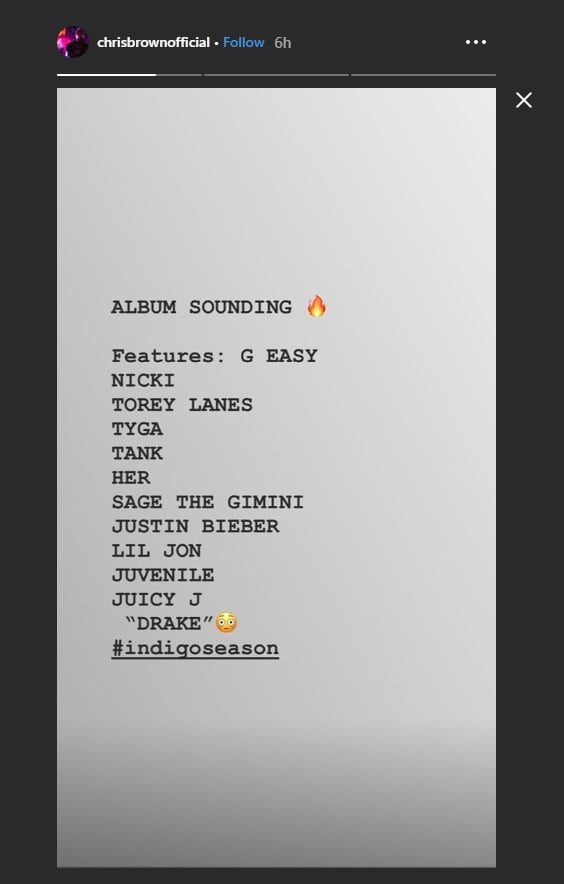