album on the way!

Dave East ‘HOFFA’ album cover revealed, as the El Barrio rep of the eastside taps Westside Gunn to curate the official artwork. Over the weekend, Dave East held a special event for the original painting reveal artwork for his new album, Hoffa.

The project has been confirmed to be executive produced by Westside Gunn and Harry Fraud. While the East Harlem rep of North Manhattan is yet to share details on when we can expect the project, he’s been seen on social media in the studio all summer.

Take a look at the curated art by Westide Gunn and stay tuned for Dave East’s HOFFA album to arrive soon. 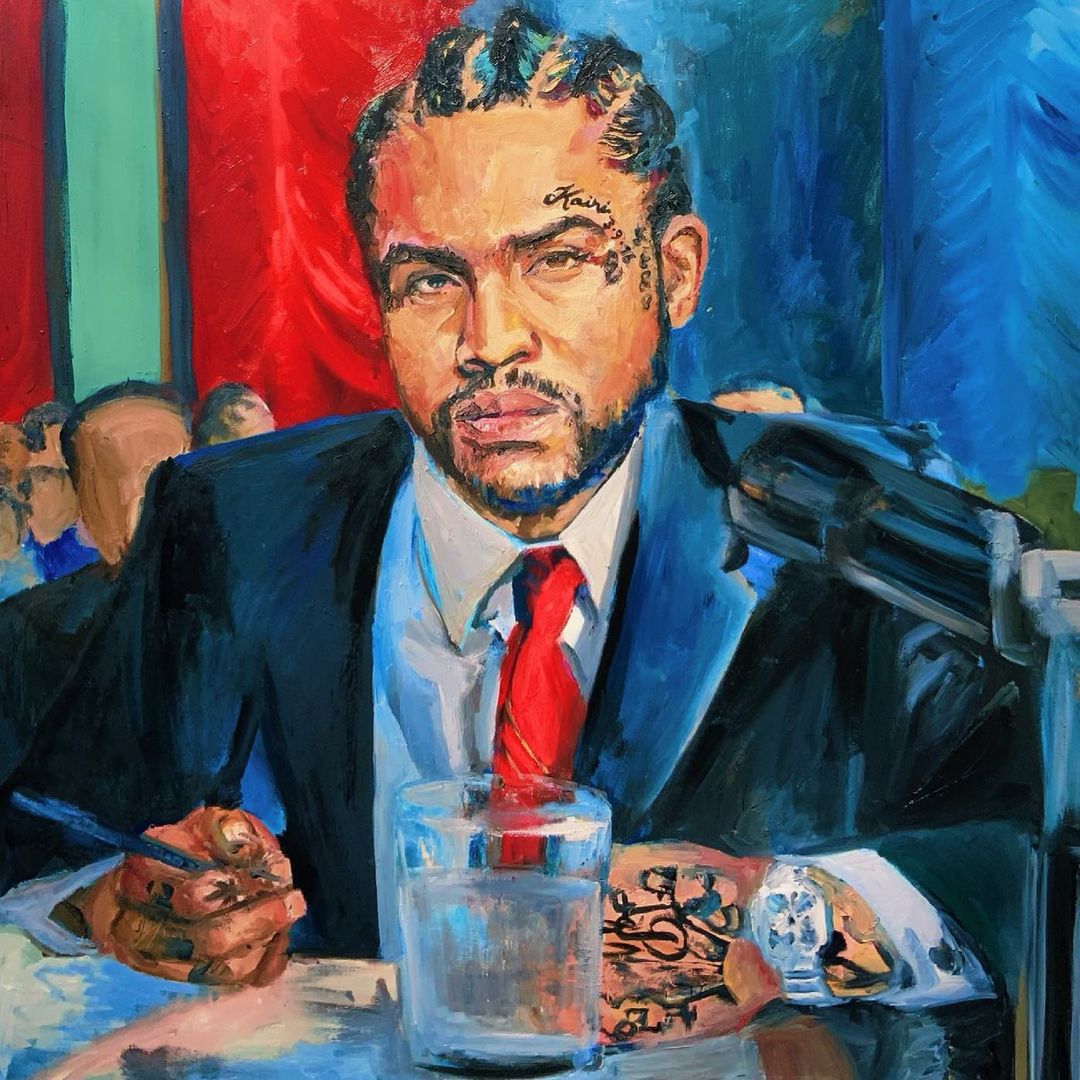 David Lawrence Brewster Jr., better known by his stage name Dave East, is an American rapper, songwriter and actor from Harlem, New York. East began his career in 2010, and gained attention in 2014 from his eighth mixtape, Black Rose. Alvin Lamar Worthy, known professionally as Westside Gunn, is an American rapper and record executive. He is the paternal half-brother of fellow rapper Conway The Machine, with whom he forms the duo Hall N Nash, and the cousin of fellow Buffalo native rapper Benny the Butcher. Rory William Quigley, known professionally as Harry Fraud, is an American record producer and composer managed by SAL&CO. Primarily a hip hop producer, Fraud began producing at an early age and began interning at a recording studio after graduating high school.