With Don Q just two weeks removed from his Don Talk album, the Highbridge rapper of the BX is rolling out new music visuals this spring. Here, Q taps in with Tee Grizzley, as the two share tales from the streets how to avoid an imminent rico raid in “Head Tap.” Take a look at the clip above and be sure not to sleep on Don’s new project. 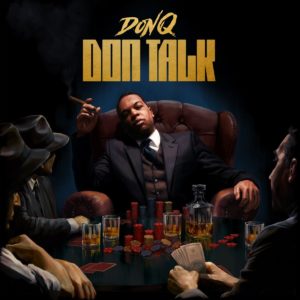