Drake delays ‘Certified Lover Boy’ album from its original January 2021 release date. Last summer, Drake teased plans of releasing his Certified Lover Boy. It was slated to arrive this month, with some believing it would be releasing this week after DVSN.

However, to clear any confusion or anticipation, the Boy went to the gram to confirm that the project had been pushed back indefinitely. Considering he’s still rehabbing his leg, the Drizzy felt he needed more time to make sure he was 100 percent before dropping.

With the world still shut down and venues not opening, this doesn’t come as a surprise. However, we do find it coincidental he spoke about the album after we messaged them on social media moments before. Take a look at the statement below. 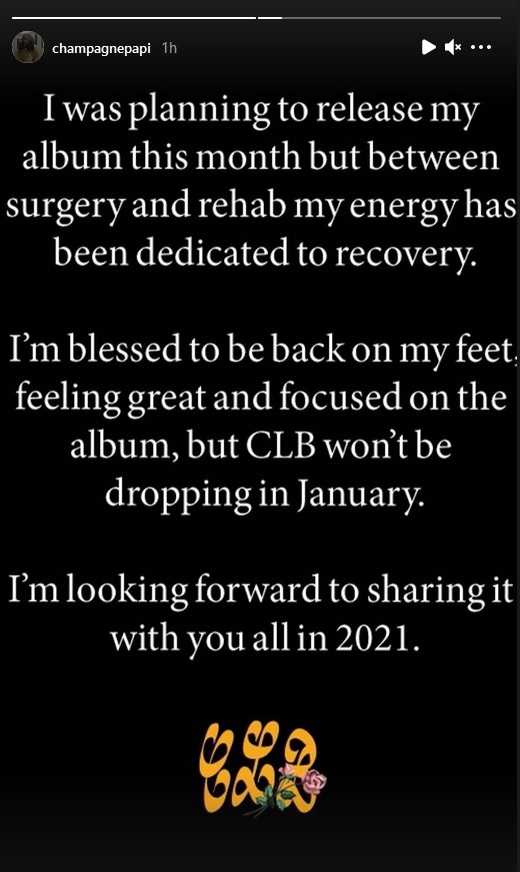 Aubrey Drake Graham is a Canadian rapper, singer, songwriter, actor, and entrepreneur. A prominent figure in popular music, Drake is credited for popularizing the Toronto sound.