Drake, Kanye West reportedly end beef, after arguably the most uncomfortable public fallout in the history of rap. Saturday night, members of OVO Sound posted photos on their Instagram pages of a private party for the Owl imprint.

With Drake even shouting out a few of his friends on pages, an eye-raising photo emerged on one of the pages. The Boy gifted Kanye West with a private card, signifying that the two had made amends. Considering the two are neighbors in Los Angeles, insiders never believed the pair would ever come to physical blows.

This raises a few eye-brows, because if you remember, Yeezy mentioned Drake’s name during his social media blackout over the Kardashian family. With JAY-Z and Kanye meeting up last holiday at Puff Daddy’s party, Ye went to say this month that he still misses his big brother.

While we don’t expect neither party to address this right now, Drake’s producer posting the photo speaks volumes. Let us know in the comments below, if you still want Drake and Kanye West collaboration down the line. 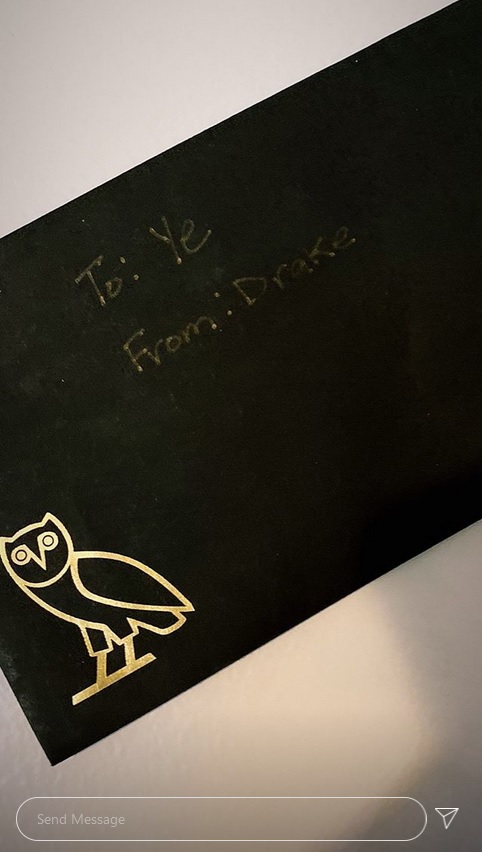 I guess ya know now.

AUBREY DRAKE GRAHAM IS A CANADIAN RAPPER, SINGER, SONGWRITER, RECORD PRODUCER, ACTOR, AND ENTREPRENEUR. A PROMINENT FIGURE IN POPULAR MUSIC, DRAKE IS WIDELY CREDITED FOR POPULARIZING THE TORONTO SOUND TO THE MUSIC INDUSTRY.