Nearly five years, the two had a private rift, which the two never took public, with the exception of Nicki subliminally dissing him on a few of her tracks. Drake seemed saddened by the situation as well, never speaking bad about his sister in the public eye.

However, Nicki offered the first olive branch, mentioning Adonis on her “Whole Lotta Choppas” remix with Sada Baby – just released today. This was immediately welcomed with a warm greeting from the 6-God on the gram moments ago. Hopefully this leads to possible reunion music, if he’s releasing his Certified Lover Boy album in the near future. 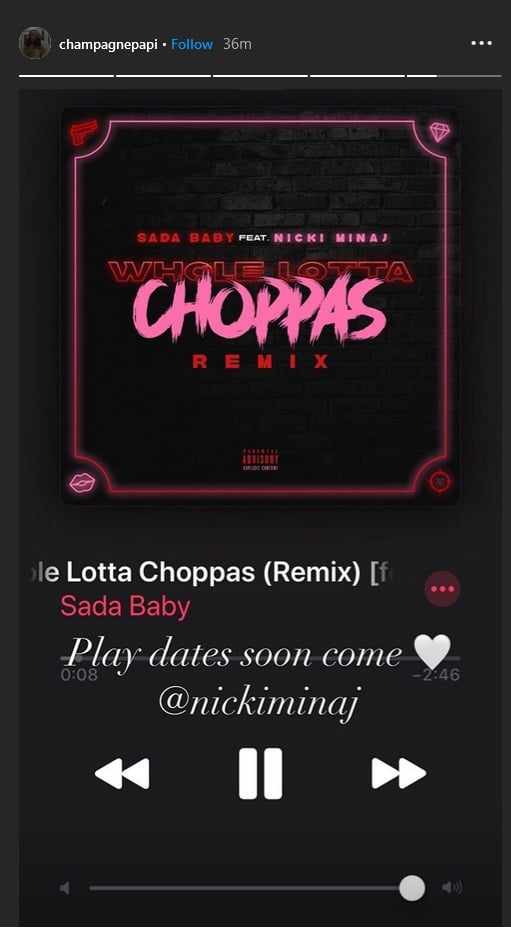 Thank you to Queen B, Kim & Ye, Riccardo Tisci, Winnie, Karol & everyone who sent well wishes during this time. It meant the world to me. I am so grateful & in love with my son. Madly in love. My favorite liddo boy in the whole wide world. 🥳🧸🎁🎈