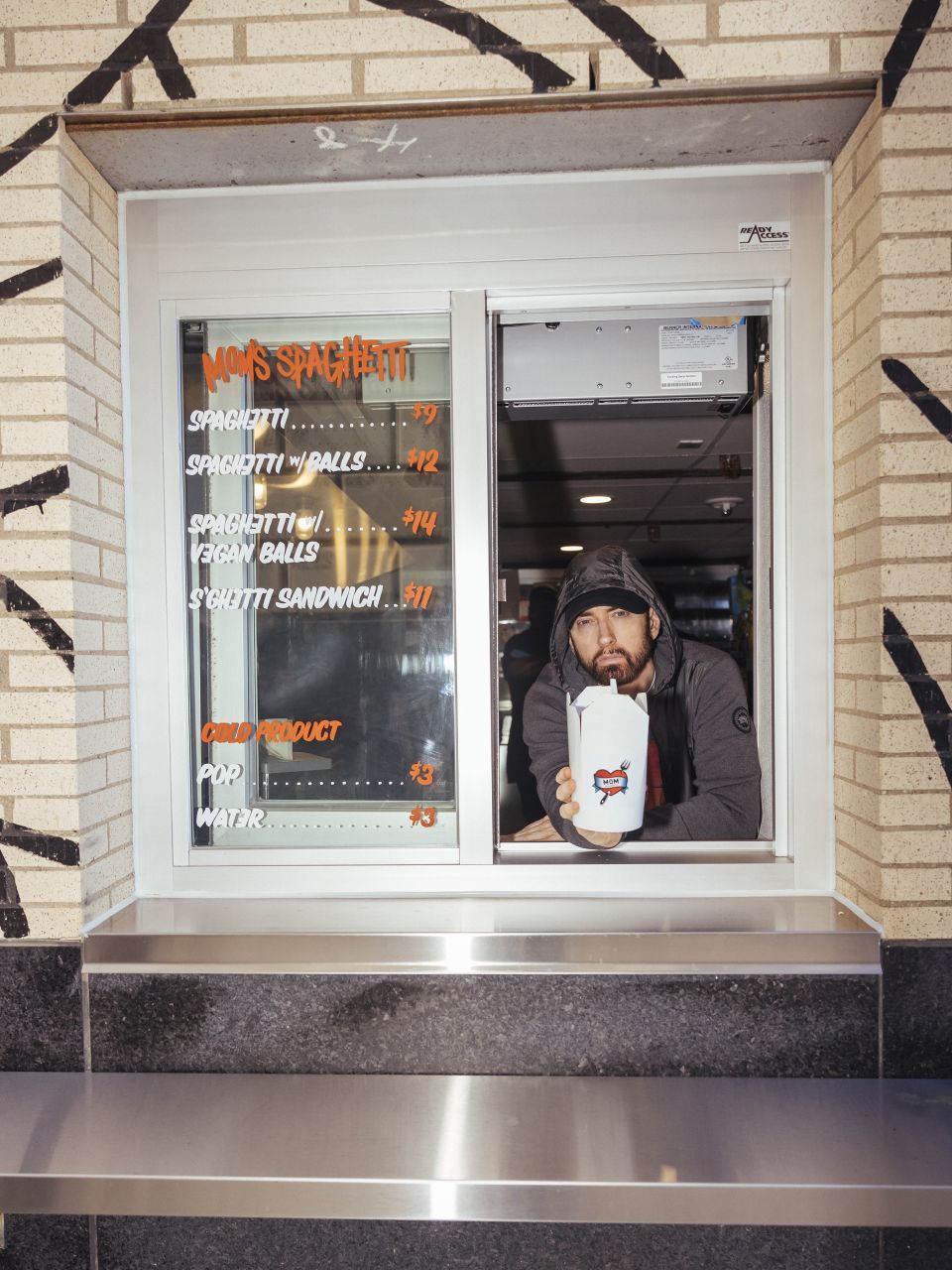 Eminem Moms Spaghetti Restaurant interview has B-Rabbit Jimmy Smith discussing the launch of his first location in Detroit. After being announced for the Super Bowl 2022 Halftime performance show, Eminem launched his Mom’s Spaghetti restaurant in his hometown of Detroit.

The downtown location launched, as locals in the midwest even gave the restaurant two thumbs up through various clips on social media. Shade 45 of Sirius XM was in attendance for the grand opening and caught up with Em for a few words in the clip below.