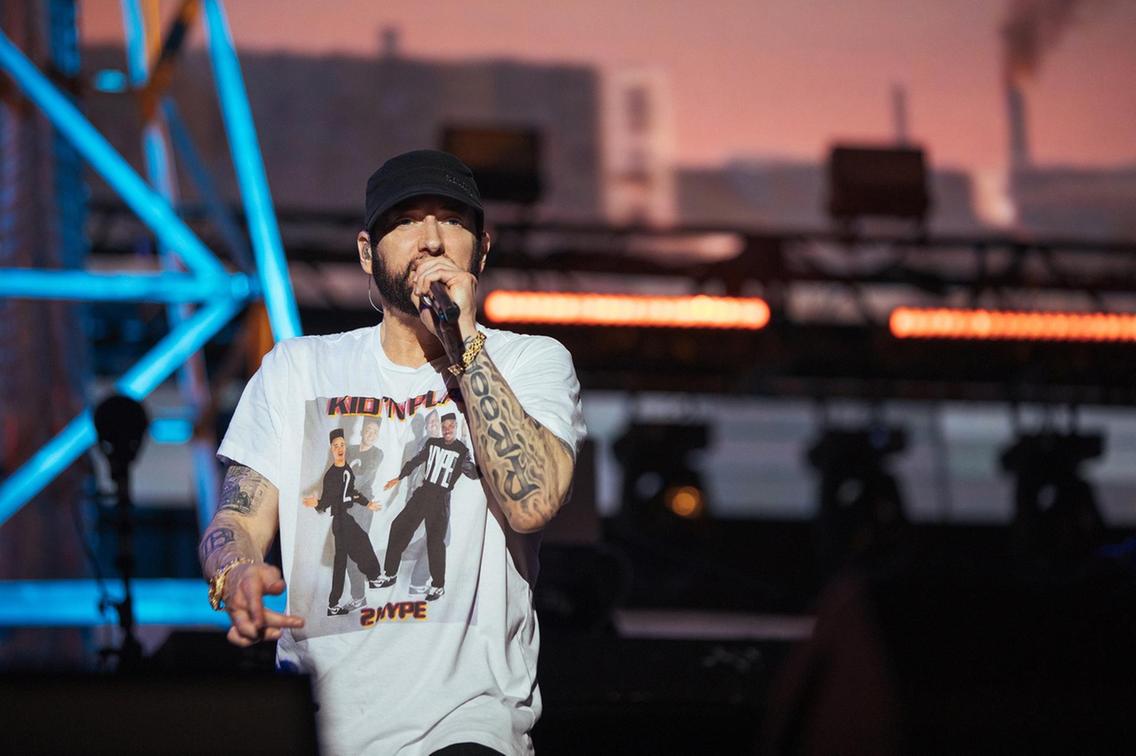 Over the course of the weeks, there are songs that happened to leak on the internet and eventually get taken down. Recently, Eminem has suffered a few leaked tracks, one of which was controversial because of the lyrics aimed towards Rihanna.

On a song titled “Things Get Worse,” Slim Shady sides with Chris Brown in the domestic violence incident that happened with RiRi, by saying “Of course I side with Chris Brown, I’d beat a bitch down too” in the verse.

Of course, this caused a backlash towards Em, even though the verse dates back to 2009 and his Relapse album (eventually, another version appeared on B.o.B’s “Things Get Worse”). Marshall Mathers ultimately worked with Rihanna on songs like “Love the Way You Lie,” “Love the Way You Lie (Part II),” and “The Monster”

Here’s what Slim said about the leaks through his publicist:

“This is a leak of something that’s over 10 years old. After Eminem recorded it, he scrapped it, and rewrote it. Obviously he and Rihanna have a great relationship.”

We wouldn’t be surprised if we see the last of Em and RiRi working together.