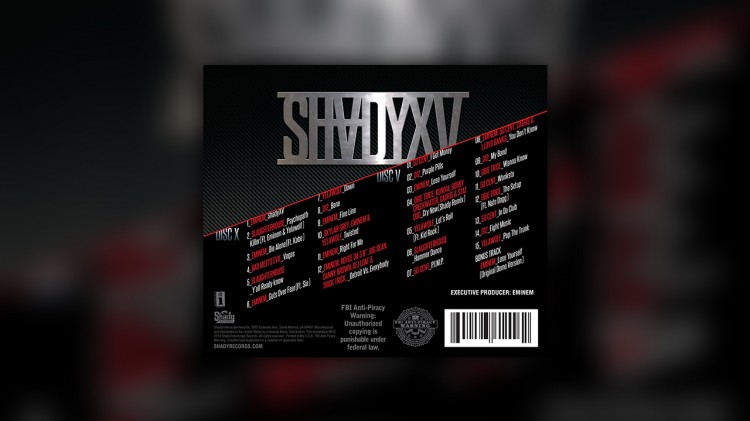 Over the weekend, Eminem and DJ Whoo Kid celebrated 15 years of Shady Records with an official Shady Classics 66-track mixtape. While the offering took us on a trip down memory lane through the legendary Detroit-based hip-hop label, Eminem returns today to unleash his official two-disc compilation album. The project has new releases from Slaughterhouse, Bad Meets Evil, D12 and Yelawolf – as well as a few of the greatest hits his label has dished out to the masses featuring 50 Cent, Obie Trice, Kid Rock, and Lloyd Banks.

Below, you can stream the 27-track album, which is available in stores worldwide right now and iTunes.