Coming the top of the year!

Over the weekend, Fabolous was in the Bay Area to perform at 106 KMEL’s Holiday House of Soul 2016. While back stage with Big Von, Loso opened up on the reason why he wasn’t able to release a project on Thanksgiving or X-Mas, like fans had fell in love with from years past.

Luckily, Fab confirmed what’s been the delay on new music content, as he cited sample clearances as the reason. Before things concluded, he confirmed that his long-awaited Freddy vs. Jason mixtape with Jadakiss would be releasing on January 13th, which will be his first of many 2017 projects.

Look for the collaborative effort to arrive within a month. 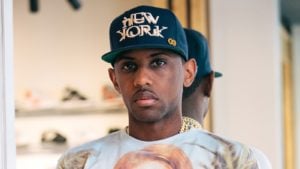