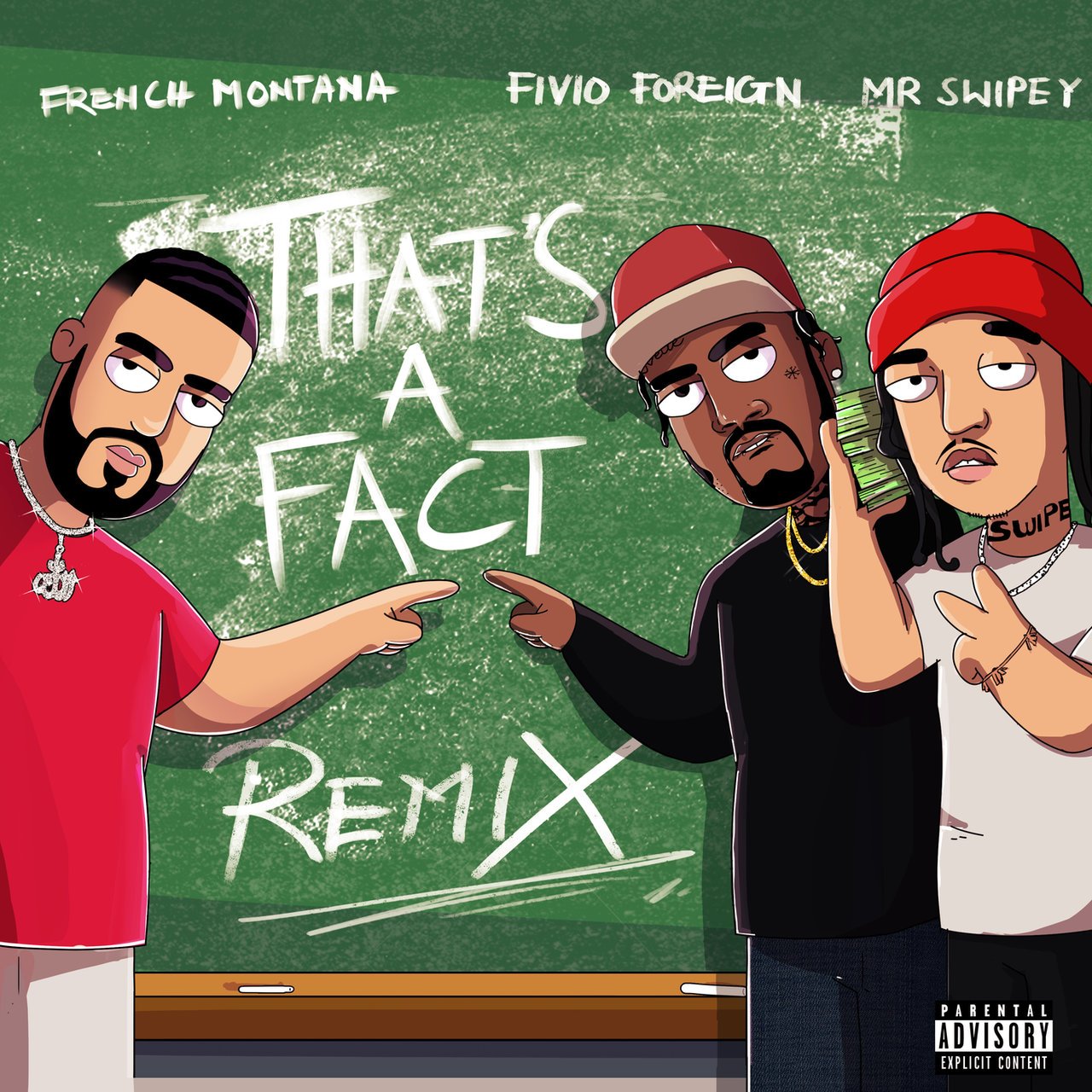 Last month, French Montana released his “That’s a Fact” single, which saw him returning to the kitchen for his next batch. With the Coke Boys and Bad Boy rep readying his next project, he’s back with an updated version of the cut. Below, you can take a listen to the official remix, which now features Fivio Foreign and Mr. Swiepy.

STRAIGHT FOR THE BAGGGG 💦 CB5