Since helming the initial Meek Mill diss track roll-out against Drake last summer with the release of “Wanna Know,” DJ Funkmaster Flex still has issues with the 6-God. Last night during a Jadakiss Top 5 Dead or Alive album release weekend party in Long Island, Funk Flex let it know he still had issues with the Drizzy saying “Fuck that Canadian nigga” in front of a live audience.

Coincidentally, he was playing Meek’s “Dreams and Nightmares Intro,” while taunting the Toronto artist and it doesn’t look like the two are resolving their issues anytime soon. Granted he was the one to premiere the Quentin Miller reference tracks last July as well, Flex is still giving zero fucks out here in these streets – especially if he’s going at multiple people on the FORBES list. 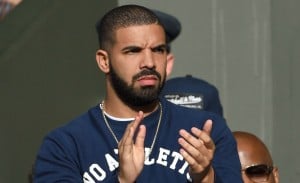 Drake Teases New Song From “Views From The 6”