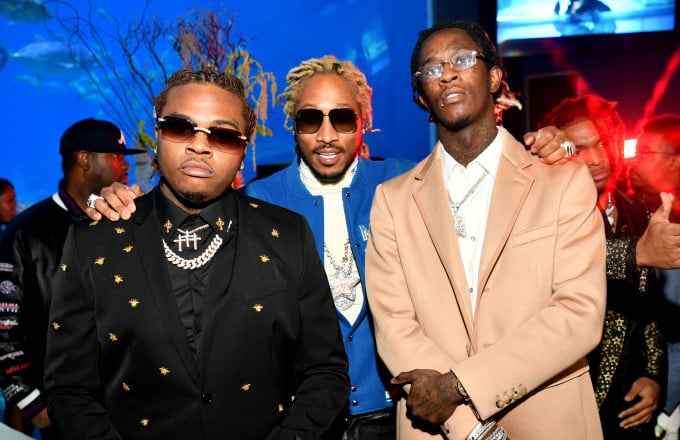 Back in 2017, Future and Young Thug joined forces for a joint project called Super Slimey. Now, they’re putting out a sequel, but there’s going to be a big change to it.

Today, YSL Records has announced that Super Slimey 2 will be a collaborative project between not only Hendrix and Thugga, but Gunna and Lil Baby too. That’s right: all four rappers across the whole project. No release date has been confirmed yet, but it’s “coming soon.”

Check out the announcement below.