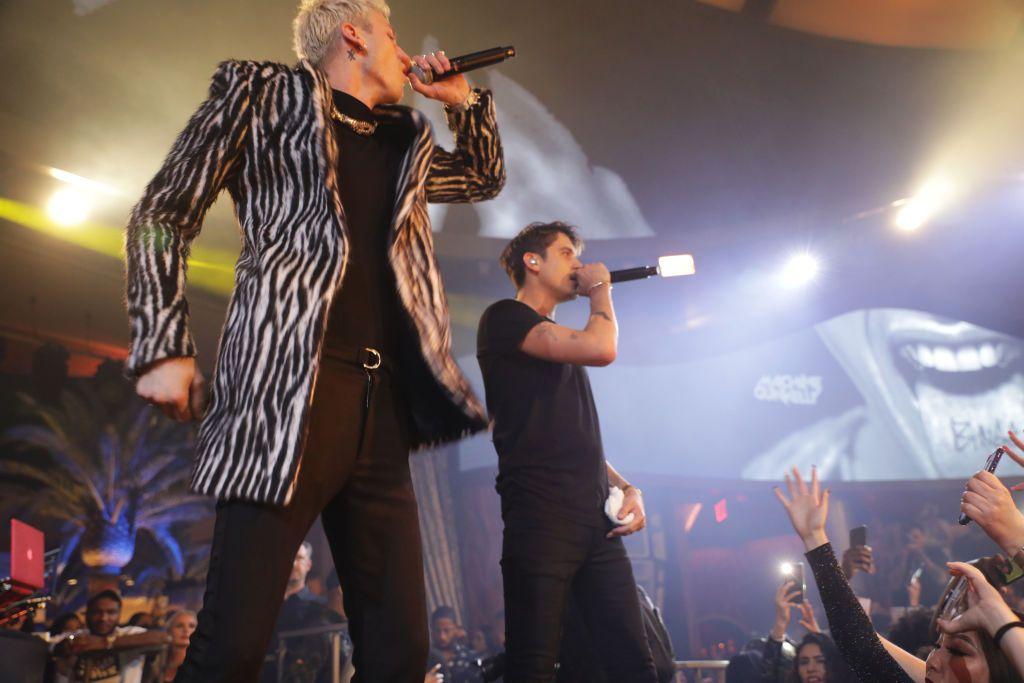 G-Eazy and Machine Gun Kelly were caught up in a beef last year, but now, they’ve officially ended it.

The two rappers made peace at the KAOS nightclub in the Palms Resort and Casino in Las Vegas on Saturday (April 6th). After making amends backstage, G-Eazy brought MGK out on stage to shake hands, along with a performance of “LOCO.”

According to Hollywood Life, Eminem got involved in the pair making up. However, their source claiming Marshall is friends with both of them seems odd considering Em and MGK also had a feud last year.

Legendary special night in vegas for the grand opening of Kaos