Not only is Game of Thrones going out with a bang visually and thematically on HBO, but they have enlisted a handful of artists to help out with the soundtrack.

The hit TV series has paired up with Columbia on For The Throne, the official soundtrack to Season 8, ahead of the premiere this upcoming Sunday.

The project is due out on April 26. Peep the guest list below. 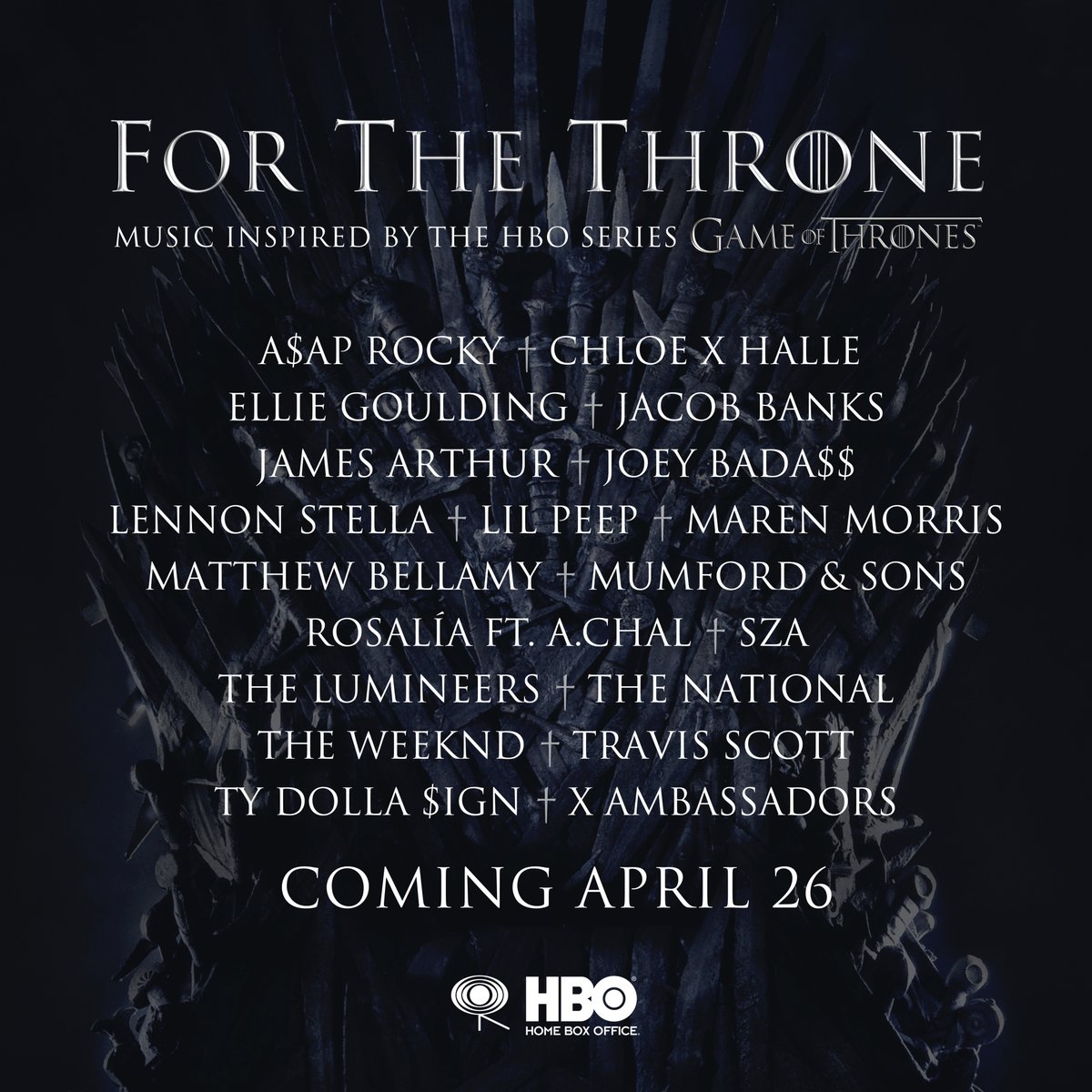