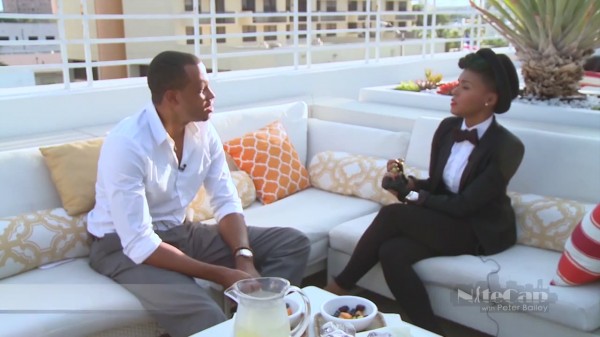 Coinciding with Janelle Monáe‘s The Electric Lady album that was just released this past Tuesday, Peter Bailey heads out to South Beach to meet with Janelle herself and get some insight behind her newest effort and talk about other things besides the music.

During their conversation, Janelle and Peter relate to their upbringing and parent’s old jobs, and how that shaped them as grown up, as well as how music transcended any problems they might have gone through in their childhood. Peter also asks Janelle about how she feels about Soul music in today’s climate and how she wants her album to impact fans when they listen. For those who are late on the wave, she also explains the concept behind the project for those who weren’t aware.

Watch their intimate conversation on NiteCap below.