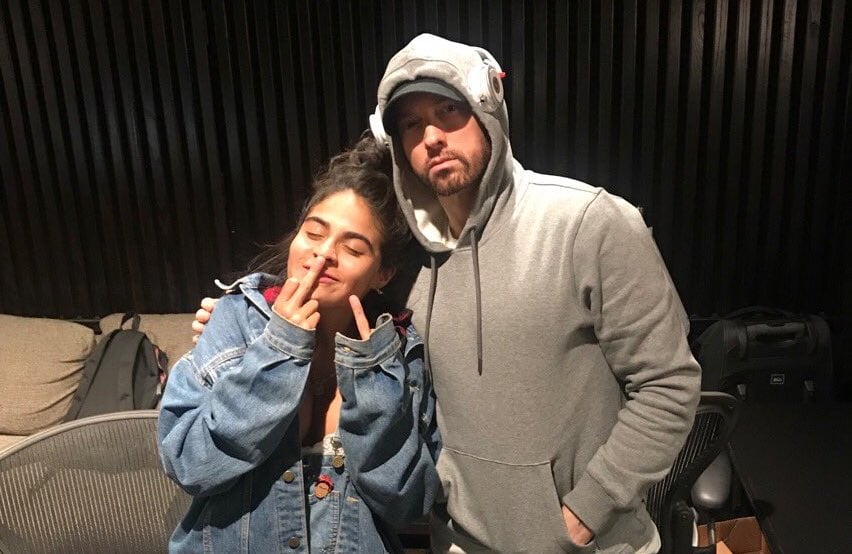 Jessie Reyez has teamed up with Eminem on a new song called “COFFIN,” taken from her debut album Before Love Came to Kill Us.

Marshall Mathers appears with a hook and verse of his own. “Hit me in the eye bit me in the thigh, then begin to cry I’m at the end of my wits,” Em raps. “What’s in this Ma? It’s over, then begin again tomorrow.”

Em previously collaborated with Jessie on “Nice Guy” and “Good Guy” off his Kamikaze album.