Look for ‘The Defiant Ones’ out this weekend!

This week, Jimmy Iovine is gearing up to release his HBO documentary event, The Defiant Ones. With the help of Dr. Dre, the four-part documentary event is set to air on July 9th, as Jimmy sat down recently with Mass Appeal to briefly discuss his history with a few people he’s worked with in the past. He touched on Tupac leaving his major label to join Suge Knight at Death Row Records, and cited that how deaths occurred and the label folding was a real travesty.

Iovine also talked how the streets being involved in Death Row hindering their focus from making 8 digits in revenue a month. Before things closed out, he spoke on his relationship with 50 Cent and DJ Whoo Kid, who he hilariously wanted to give prison time for leaking out G-Unit records. Watch more from the convo above, where he hints at being the inspiration behind Starz’s hit-series, POWER. 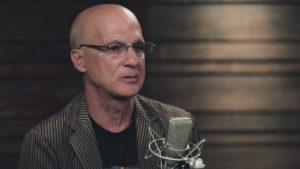 Jimmy Iovine Talks About Technology and the Music Industry