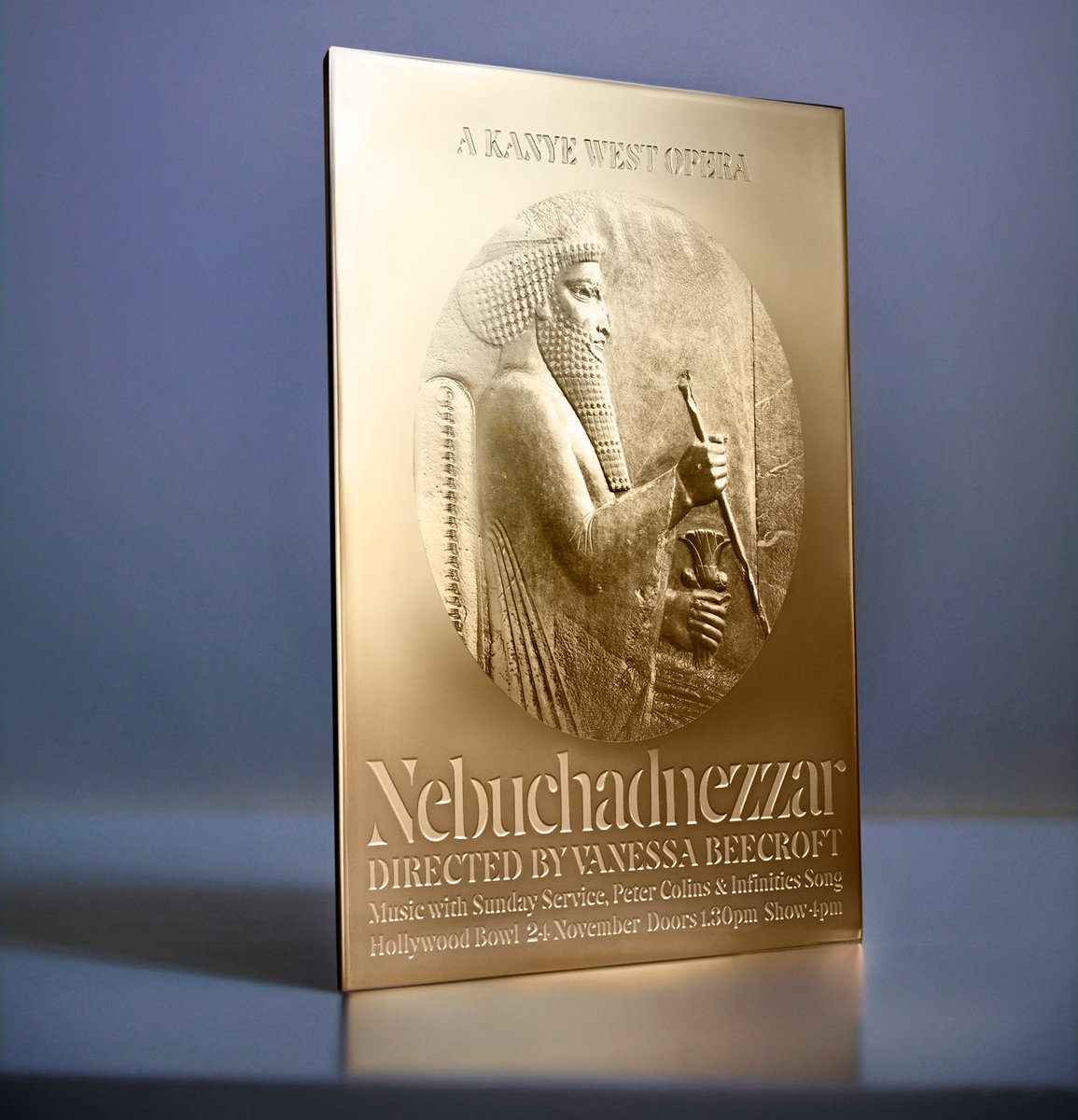 An album and IMAX film surrounding the release of Jesus Is King is not enough for Kanye West this year because he now has more in store for fans.

Today on social media, the Chicago artist has announced his first opera, titled Nebuchadnezzar. The event will go down at the Hollywood Bowl in Los Angeles on November 24 and will be based around the Neo-Babylonian Empire and directed by Vanessa Beecroft. He actually touched on it in his interview with Zane Lowe but the full thing will be available in about a week for fans to watch.

The artwork you see above was designed by Nick Knight.