Last winter, at the 2017 GRAMMYs, Katy Perry teased that she was readying a major single with Migos. Soon after, Los Angeles girl emailed fans with instructions on how to bake the world’s best cherry pie – serving as the first promotional tease of the effort. Well, tonight, Ms. Perry shares the next single from her upcoming KP4 album, as she taps the Atlanta trio for “Bon Appétit.”

As Katy gears up for his first full-length effort in four years, take a listen to the pending Billboard hit – which we’re assuming the sexual innuendos will be hilarious to see in public situations. 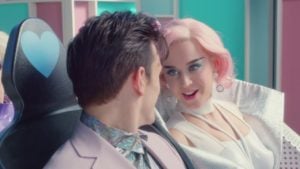