Kendrick Lamar, Lupe Fiasco diss track could be on the way, after this latest eye-raising message from Top Dawg Entertainment. Earlier this week, Lupe Fiasco took time to respond to a fan’s questions, whether or not he was better than Kendrick Lamar. The Chicago rapper hasn’t shied away from voicing his opinion on the music industry in recent years, given his independence with 1st & 15th from the major labels.

This led to Lu breaking down that why he believed Kenny was the better artist; Fiasco felt he was the better lyricist. With many coming to defense on Lamar on social media, this led to Top Dawg Entertainment’s own President laughing at the situation and watching it continue for the last 48 hours.

That was until he sent out a cryptic message saying “Be careful what you ask for.” This led many under the assumption that response track from Kendrick is in the works or has already been recording. Considering Lupe issued a warning message in retaliation after Punch, he could have something ready as well.

Take a look at media below and let us know in the comments if you want a back-and-forth with these music greats.

Be careful what you ask for. You may get it. This business isn’t for the faint of heart.

I’ll be making & releasing trap music for the next couple months.

IN MY OWN WORDS…ONCE AGAIN FOR YOU BITCHES…I LOVE ME SOME KDOT…ALWAYS HAVE ALWAYS WILL. WITH THAT SAID DO THINK I HE’S A GOOD LYRICIST? YES. DO I THINK HE’S THE BEST LYRICIST? NO. DO I THINK IT’S LYRICISTS THAT ARE BETTER THAN HIM? YES. IS HE A BETTER ARTIST THAN ME? YES.

IS HE A BETTER LYRICIST THAN ME? NO. DOES HE MAKE BETTER SONGS THAN ME? YES. DID I THINK CONTROL WAS RIDICULE? NO. AM I JEALOUS OF KDOT? NO. DID I PERSONALLY GIVE HIM HIS PROPS IN CHICAGO ON STAGE AS THE NEXT NIGGA TO TAKE THE CROWN? YES. IS IT ON CAMERA? YES. DID I MEAN IT? YES.

SECTION 80 IS MY FAVE. TDE IS MY FAVORITE RAP LABEL 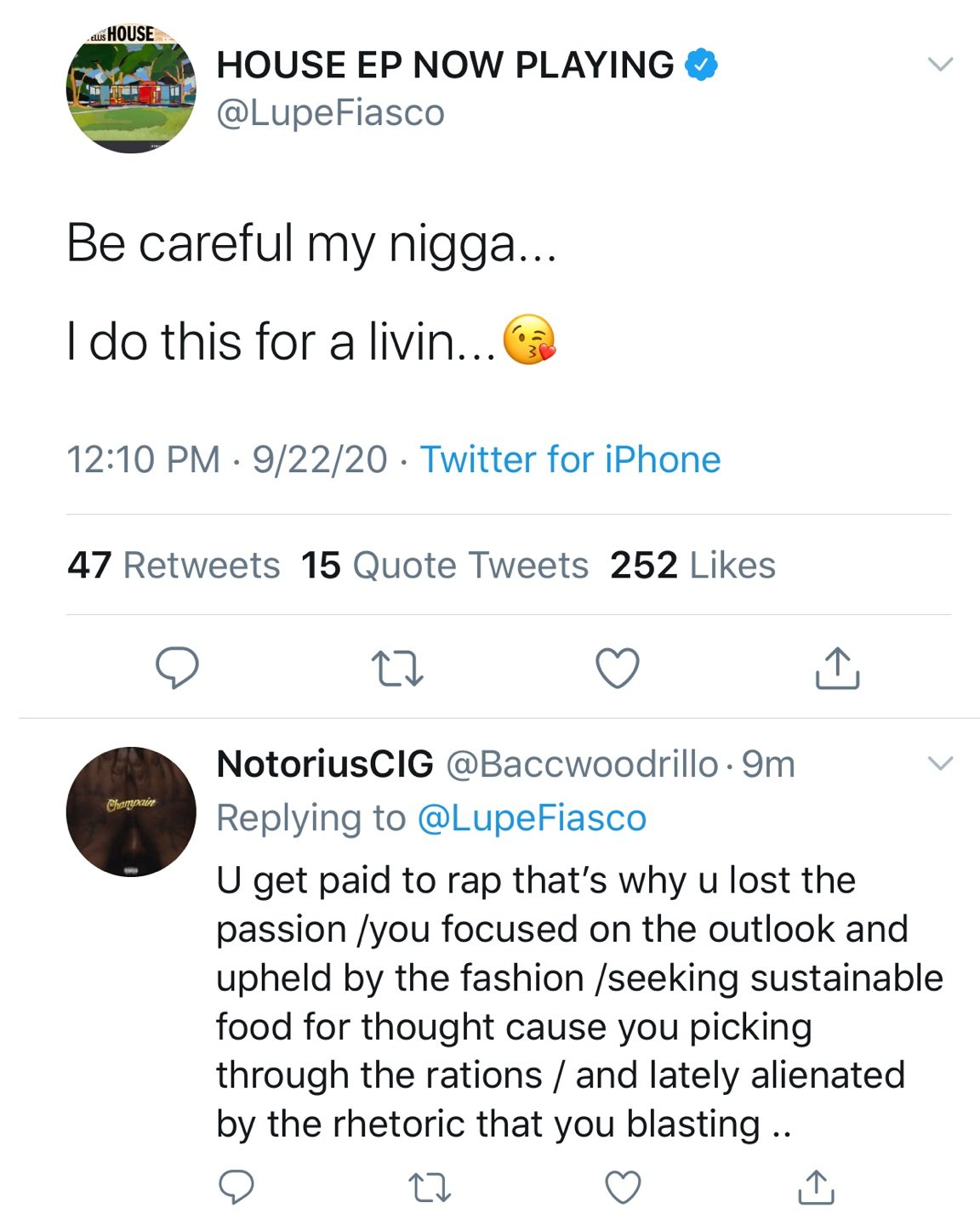 If you ever wondered… ✍🏾 #DROGASWAVE