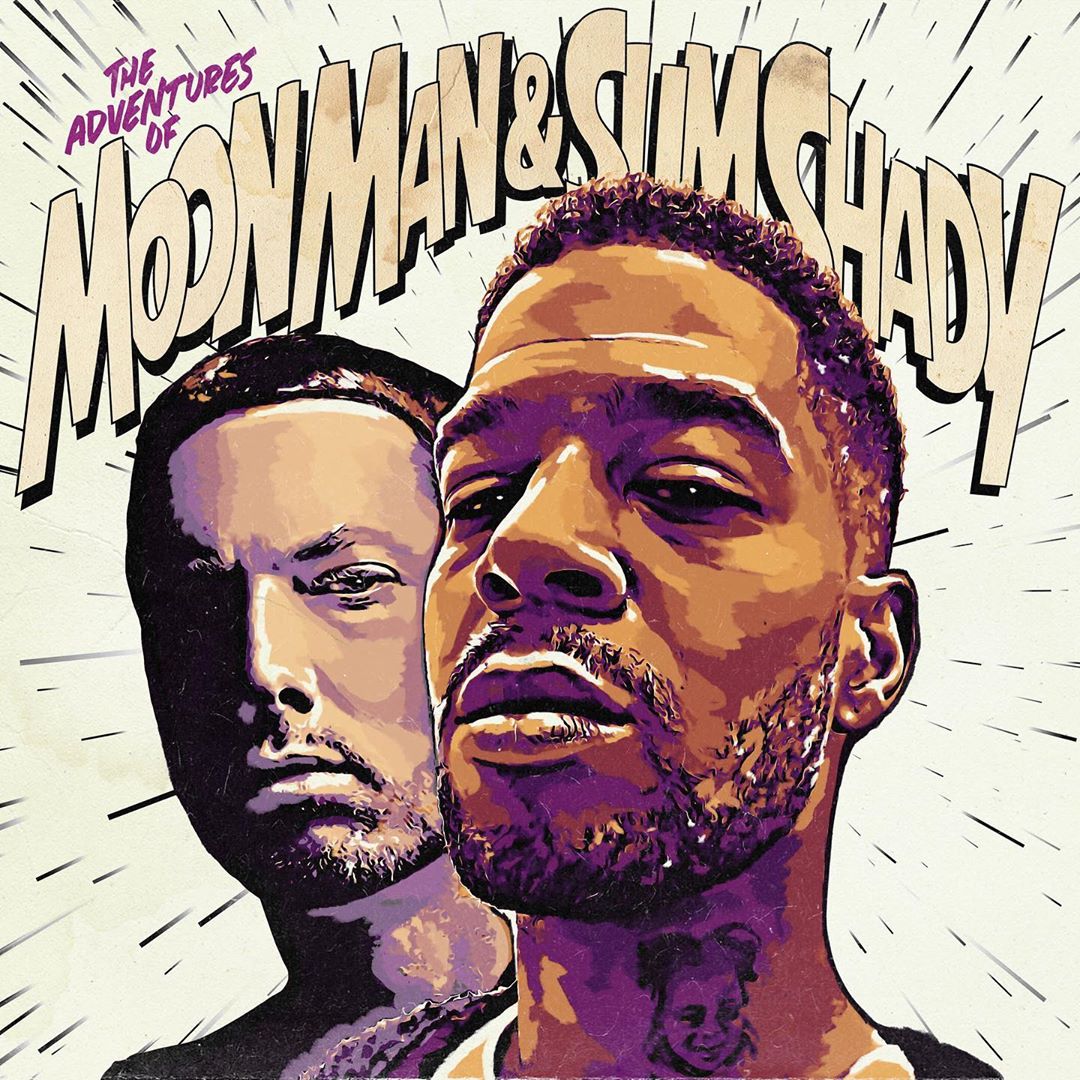 Kid Cudi, Eminem ‘The Adventures of Moon Man, Slim Shady’ song finally happens as their first official collaboration. Over the last few years, Cudi and Eminem have been showing appreciation for each other on social media. With Marshall going as far as to shout out Cudder on the Southpaw soundtrack with Bad Meets Evil. With production from Dot Da Genius, Slim Shady and the Moon Man give the masses the first of hopefully many collaborations.

Take a listen to the track below.

And now a word from Princess Vada the chosen…

Scott Ramon Seguro Mescudi, is better known by his stage name Kid Cudi. He is an American rapper, singer, songwriter, musician, record producer and actor from Cleveland, Ohio. He has widely been recognized as an influence on several hip hop and alternative acts. Marshall Bruce Mathers III, known professionally as Eminem, is an American rapper, songwriter, and record producer.