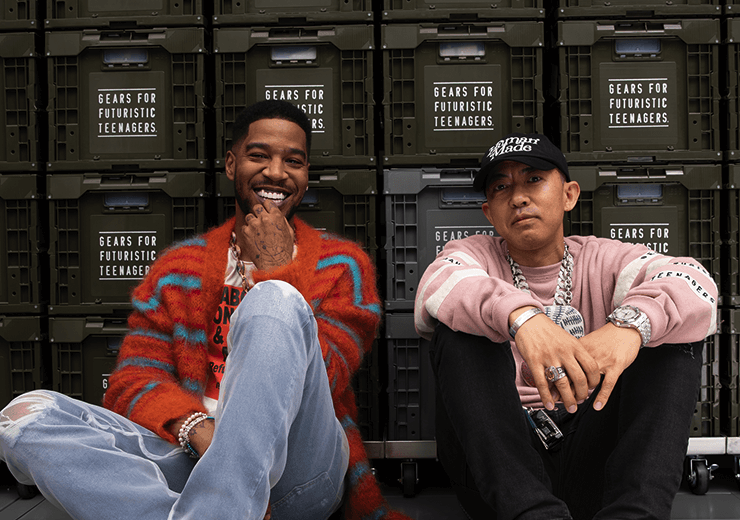 Kid Cudi is on the cover of the latest Complex magazine alongside the one and only Nigo.

The pair sat down for a 20-minute interview, in which Cudi spoke on some of his upcoming music. “This [new album] is my perspective on love, and people haven’t really heard that,” he said about his Entergalactic project, which will soundtrack a Netflix series of the same name. Speaking in relation to the show, “A lot of the songs aren’t really from the Scott perspective; they’re from the perspective of the character.”

Cudi also talked about the possibility of another Kids See Ghosts album with Kanye West. “There will be more Kids See Ghosts albums. Kanye already told me he wants to start working on the second one,” he said. He continued, “We had a discussion where he said he wanted to make a spiritual album and I told him, ‘Great. That’s what I do. I would love to do that, something I can sink my teeth into.’ So there will definitely be more.”