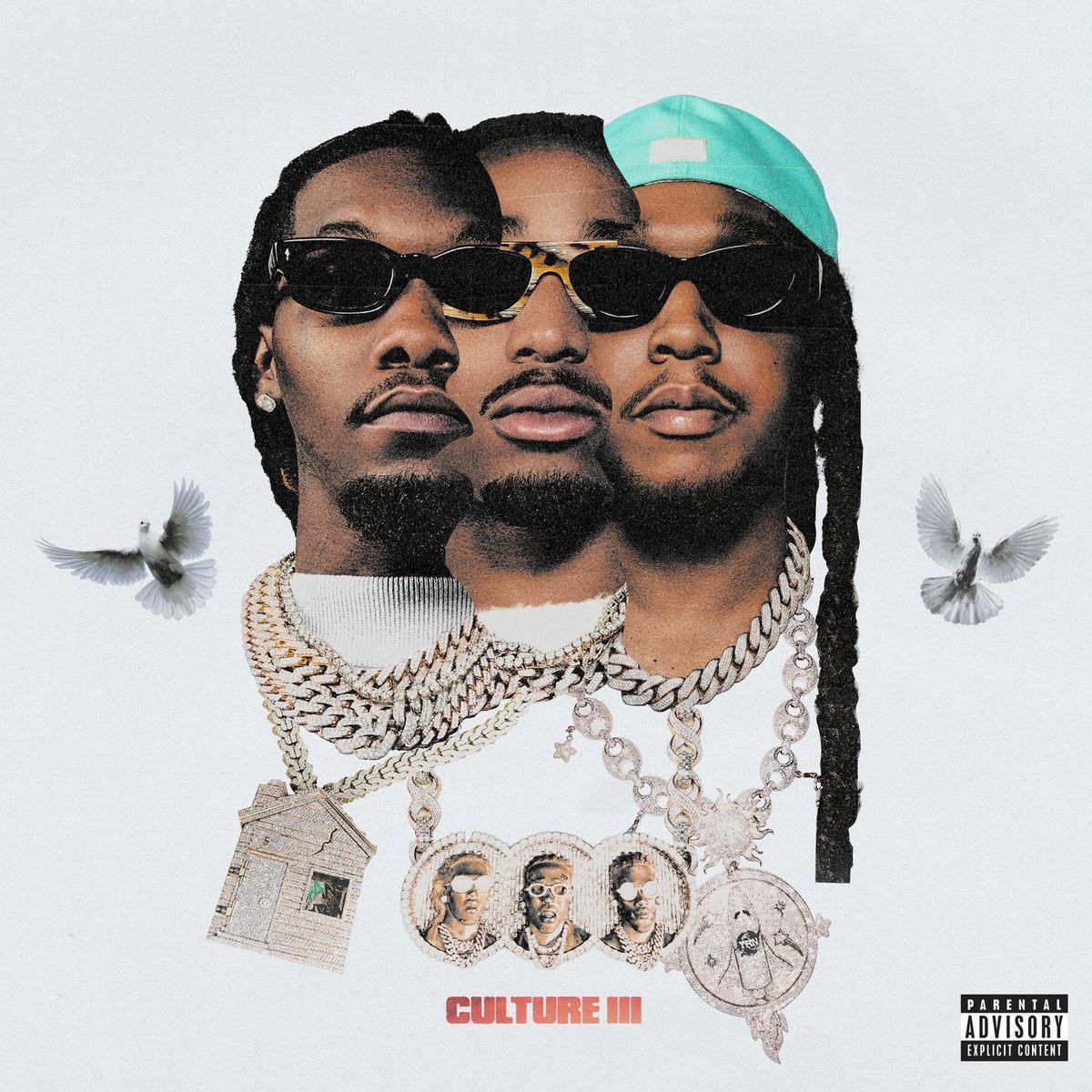 Migos ‘CULTURE 3’ album is finally released from Quality Control; as they tap a slew of friends to help contribute to the extravaganza. Dating back to October of 2018, the Atlanta trio first confirmed that the trilogy version of CULTURE was nearing. While working on the project through 2019 and early 2020, plans were shifted, due to the COVID-19 pandemic.

However, with things opening back up, the Migos are planning to return to the road, on strengths of promoting the effort. Recently, the group scored success with Straightenin; becoming one of the year’s biggest tracks to date. Guest features come from Drake, Pop Smoke Cardi B, Polo G, Future, Justin Bieber, Juice WRLD, YoungBoy Never Broke Again, and others.

Listen to Migos CULTURE 3 album in full below.

Migos are an American hip hop trio from Lawrenceville, Georgia, founded in 2008. They are composed of three rappers known by their stage names Quavo, Offset, and Takeoff. Quality Control Music is an American record label founded by Kevin “Coach K” Lee and Pierre “Pee” Thomas in March 2013. Quavious Keyate Marshall, known professionally as Quavo, is an American rapper, singer, songwriter, and record producer. He is best known as the cofounder and current frontman of hip hop/trap trio Migos. Quavo is related to his fellow Migos members, being Takeoff’s uncle and Offset’s cousin.