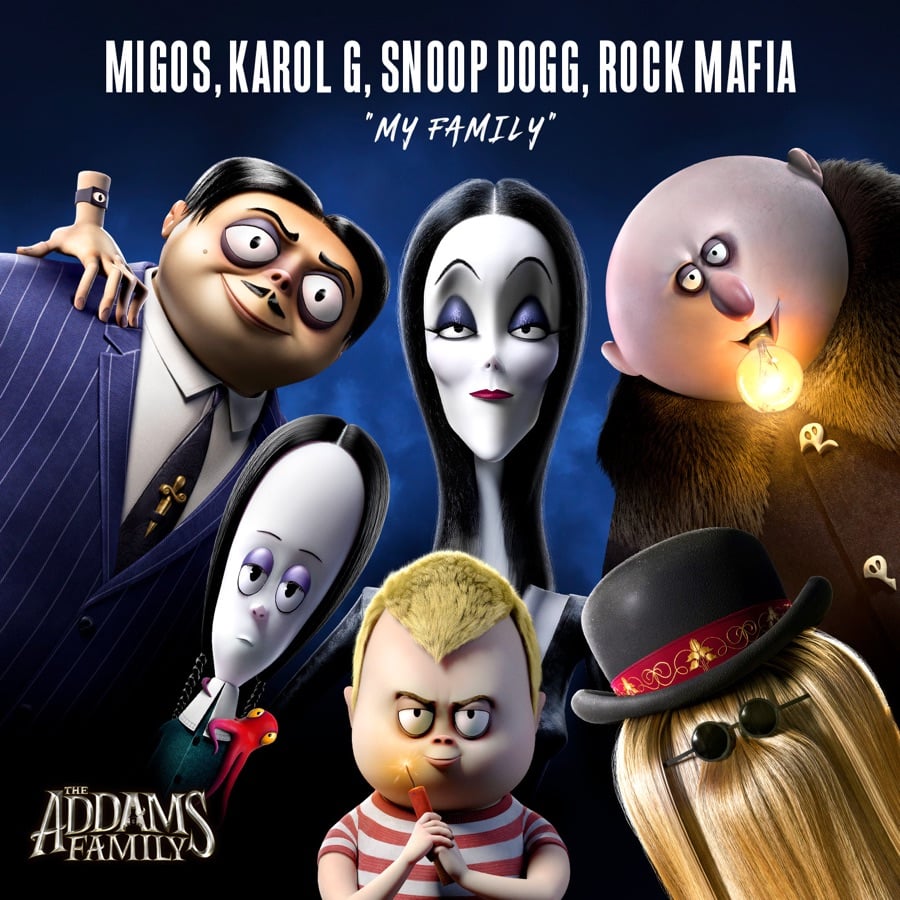 For those who don’t have kids or young siblings, there is a 3D animated horror movie coming out on October 11 called The Addams Family starring the likes of Charlize Theron, Chloë Grace Moretz, Nick Kroll, Oscar Isaac, Bette Midler and more. Snoop Dogg also appears in the film, which is also getting a soundtrack and now the first single from it has surfaced. “My Family” is a collaboration between The Doggfather, Migos, Karol G and Rock Mafia.