Last month, the NY Post shared an exclusive story on the NYPD’s secret Enterprise Operations Unit, known as the rap unit. Through internal police records, Remy Ma was one of the first mainstream artists to be investigated from the department’s intelligence division, along with her friend, Jah.

In the paperwork, cops were assigned to illegally investigate rappers and draw up a weekly entertainment report about their scheduled shows – thus designating them as a low, medium or high risk for violence or “other crimes.” Out of the named rappers in paperwork, 50 Cent, 6ix9ine, and Kodak Black were some of the targets listed on their radar.

An NYPD spokeswoman, said, “The Enterprise Operations Unit focuses on venues or entertainers that have been connected with past acts of violence — regardless of musical genre. The primary goal of EOU is to anticipate, based on past incidents, where there is a significant likelihood of violence, and to take steps to prevent people from being hurt, or worse.”

Considering this only happens in rap music, you can take a look at the documents below and revisited story on Prodigy explaining how the NYPD asked him to set up Fifty. 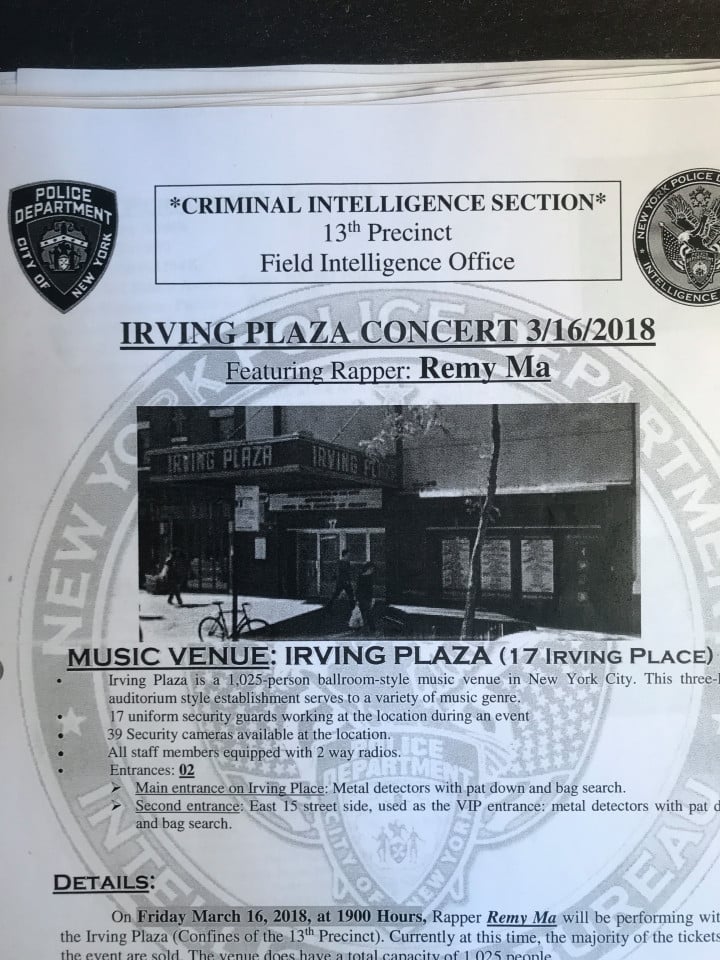 Let a set back, fuel a get back win winner WIN! #lecheminduroi #bransoncognac