Pusha T Reveals if He Would Sign Lil Wayne to G.O.O.D. Music

Pusha T released his Darkest Before Dawn prelude album earlier this weekend and it’s already drawing some controversy, from a few lines aimed at some of the top rappers in the game. In a recent interview with Complex TV, the Virginia rapper went to touch on how his project stands out from the rest of the hip-hop content that’s out right now; which he took a darker approach in comparison to sounds his My Name Is My Name LP with The-Dream.

After explaining how the D.B.D. is polar opposite to his peers, he still managed to work with some of the biggest producers in the game like Puff Daddy, Timbaland, J. Cole, Metro Boomin, Q-Tip, Baauer and obviously Kanye West. Speaking of which, Pusha also discussed what’s in store for 2016 in his new role as president of G.O.O.D. Music, including whether or not he would swallow pride to sign Lil Wayne. Watch more from the 20-minute plus conversation, discussing how he catered to the more street oriented and lyrics driven listeners of the genre. 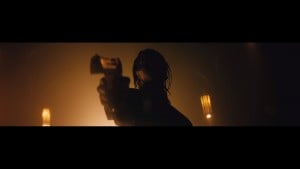