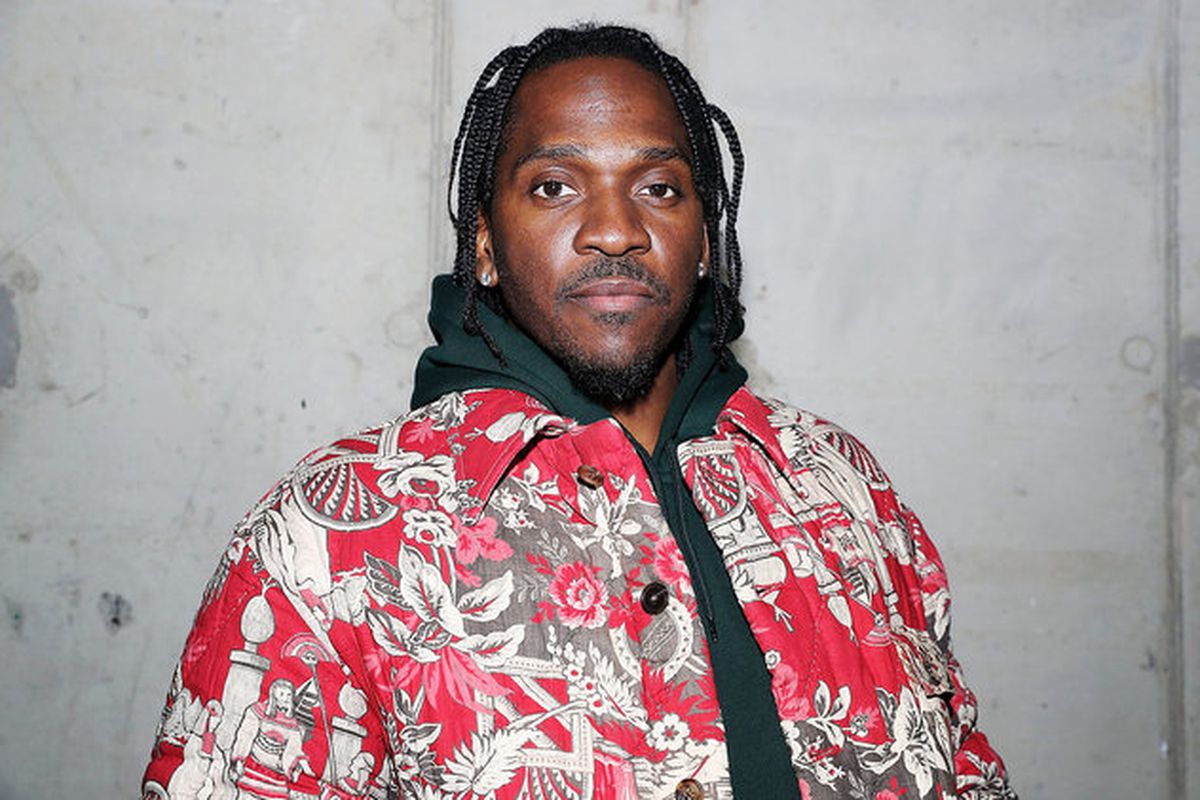 Young Thug took to Instagram to say that he doesn’t respect Pusha T‘s verse on Pop Smoke’s “Paranoia,” in which he disses Drake. “I don’t respect the Pusha T verse on the song with me and Gunna ’cause I don’t have nun to do with y’all beef,” Thug said.

Now, Pusha has responded to Thug, cleared things up and told Steven Victor to remove his verse altogether. “I WOULD NEVER look or need YOUR respect for what is it I bring to this rap game,” Pusha said.

Read Thug and Pusha’s posts below. 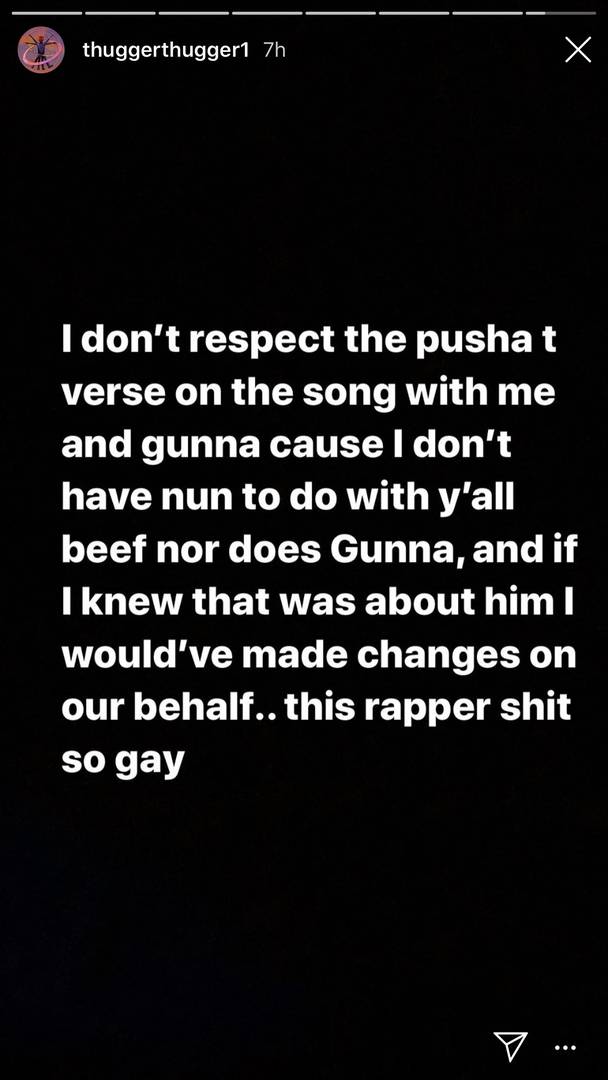 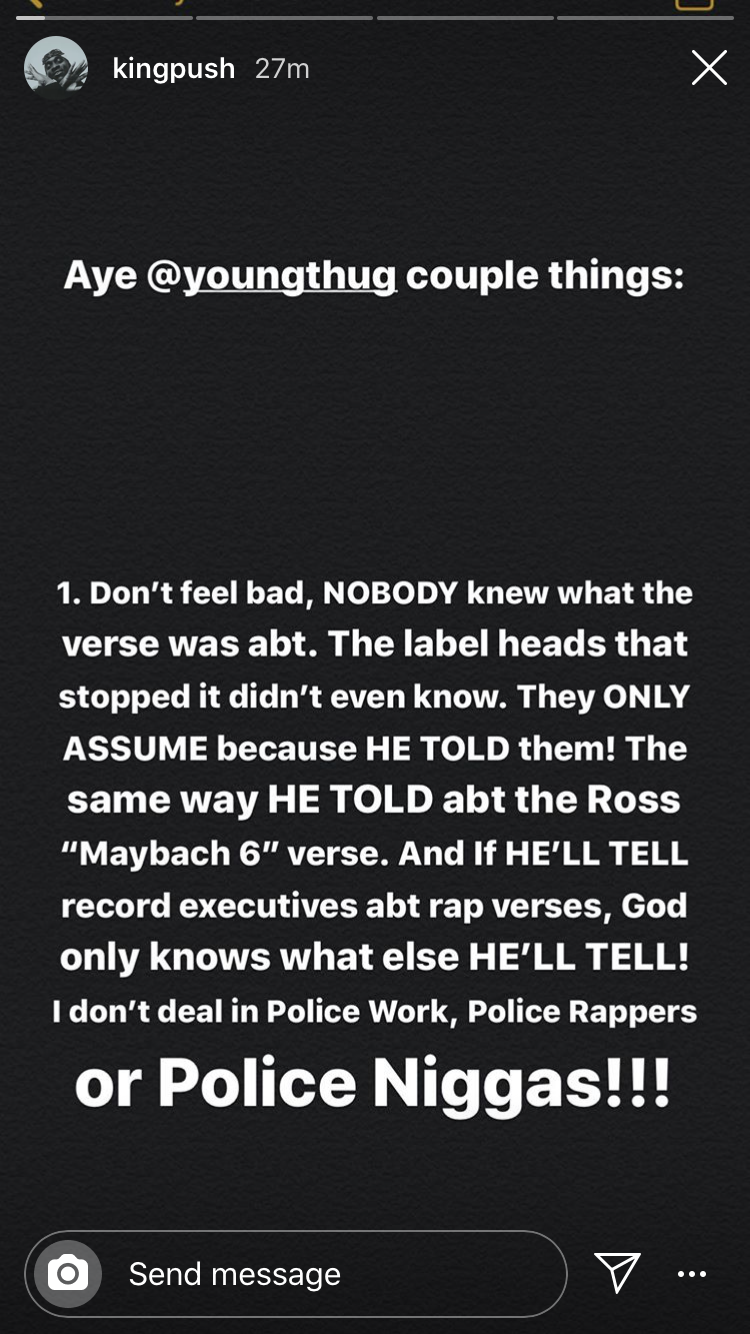 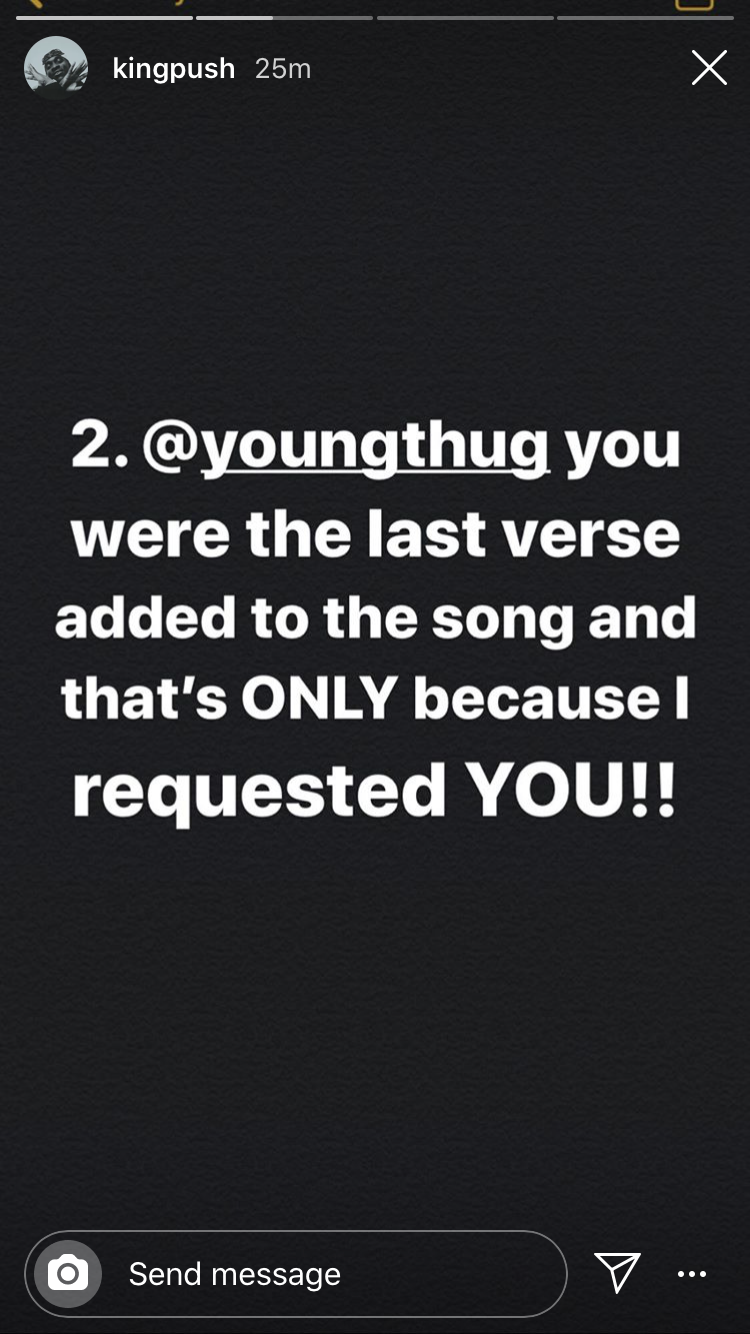 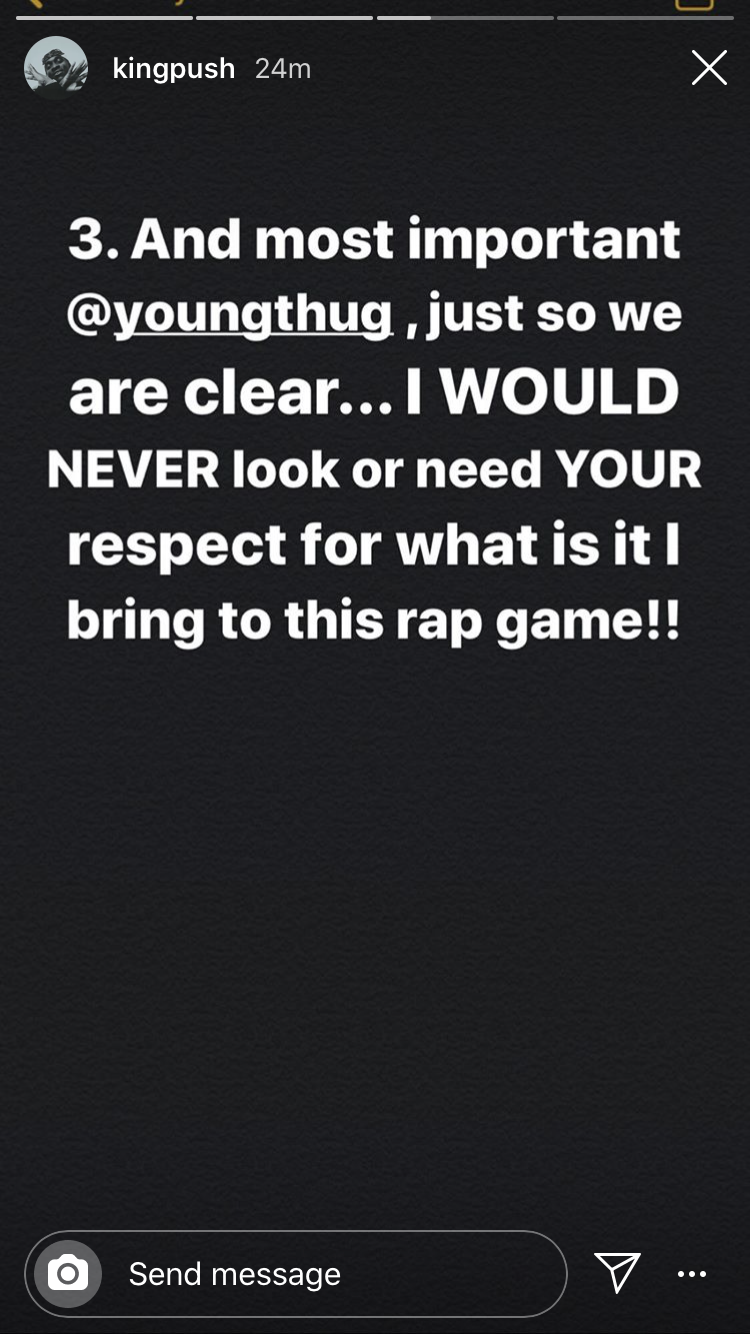 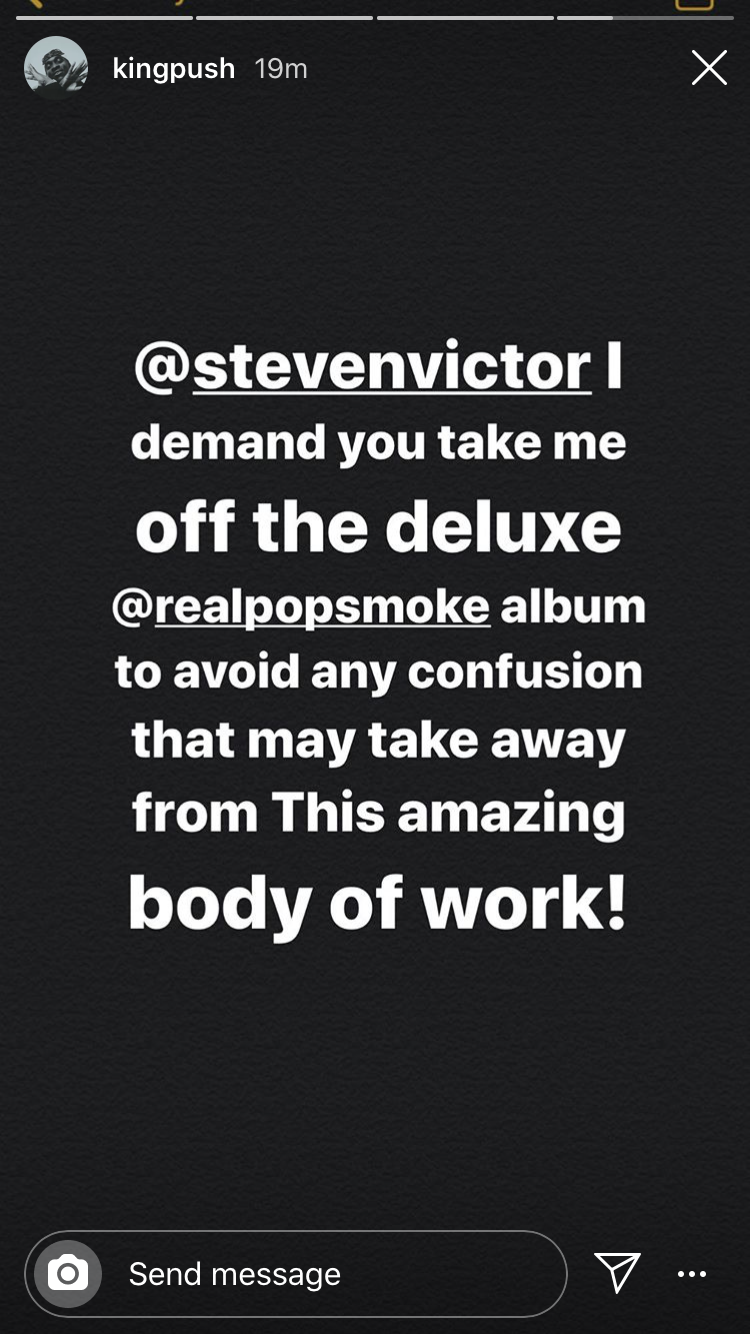