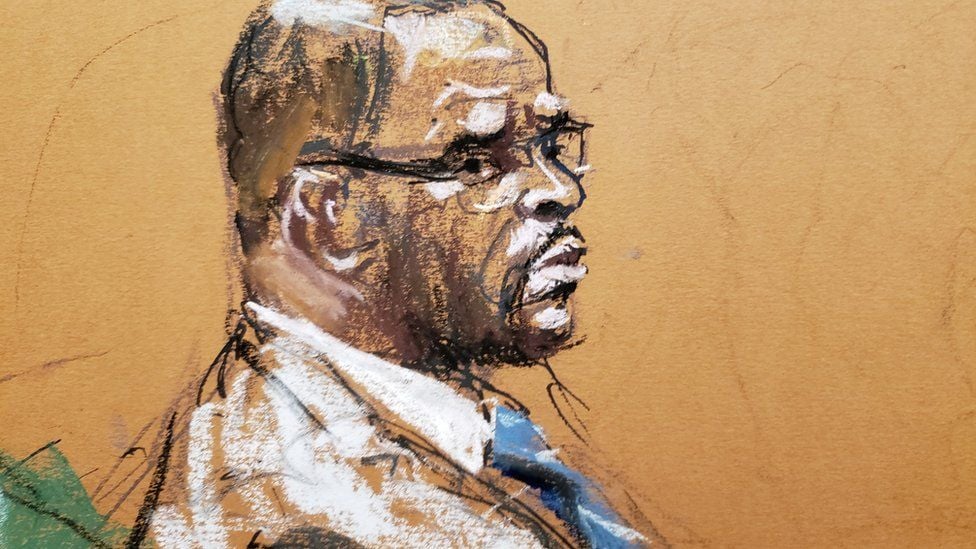 Nine months after a New York jury found R. Kelly guilty of racketeering and sex trafficking charges, the disgraced singer has been sentenced to 30 years in prison. The sentence was announced today in a federal court in Brooklyn by U.S. District Judge Ann Donnelly.

Prior to his sentencing, victims who accused Kelly spoke and had the opportunity to share their testimony. Some looked directly at him and gave their statement.

He sat quietly and looked down. He did not address the court throughout the course of his hearing.

Prosecutors in the case demanded a minimum of 25 year sentence, while the defence lawyers argued that Kelly should get 10 years because of “traumatic childhood involving severe, prolonged childhood sexual abuse, poverty, and violence.”

The case brought over 40 witnesses (including eight Jane Does and two John Does) as everyone explained how he inflicted abuse on others, had perverse experiences, used employees to to prey on underage children and young women by flaunting fame and fortune for his own sexual gratification. Not to mention videotape sex acts without consent, and used non disclosure agreements to blackmail, intimidate and threaten victims. Plenty corroborated and stood by those who suffered at the hands of Kelly with their own testimonies.

Even details of his 1994 marriage to Aaliyah surfaced, including bribing an official to facilitate the marriage, and falsifying a license in order to marry her at only 15 years old (he was then 27). Most of these details have been speculated and alleged but finally used in a court of trial.

As of now, Kelly still faces child pornography and obstruction of justice charges in Chicago and will stand trial starting August 15.

He has been in jail since 2019 without bail.